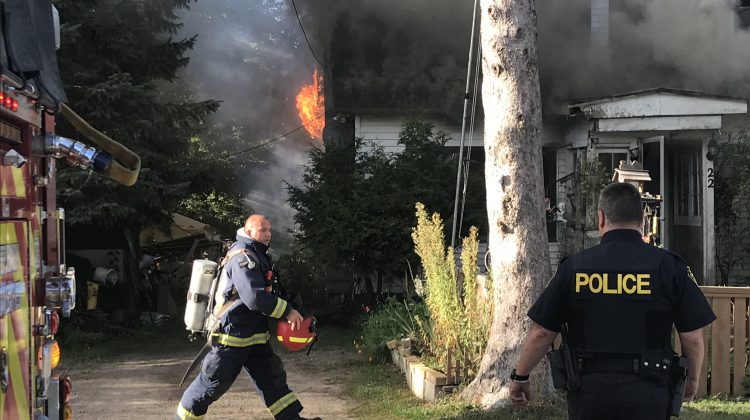 A photo of the fire scene on Elliot Street on September 12th, 2019. Photo by Doug Crosse, MyMuskokaNow.com staff.

HUNTSVILLE, ON- A home in Huntsville’s southwest end has been severely damaged by fire this afternoon.

Emergency responders were called to the area of 22 Elliot Street around 5:30 p.m. today for reports of a structure fire. A home at that address had caught on fire, though the cause remains unclear at this time.

Firefighting efforts are still underway at the scene, and drivers should avoid the area.

No injuries have been reported from the fire, but damage to the home is believed to be severe at this time. Two residents were home at the time, but got out unharmed.