Truck driver charged after truck ends up on Alban house 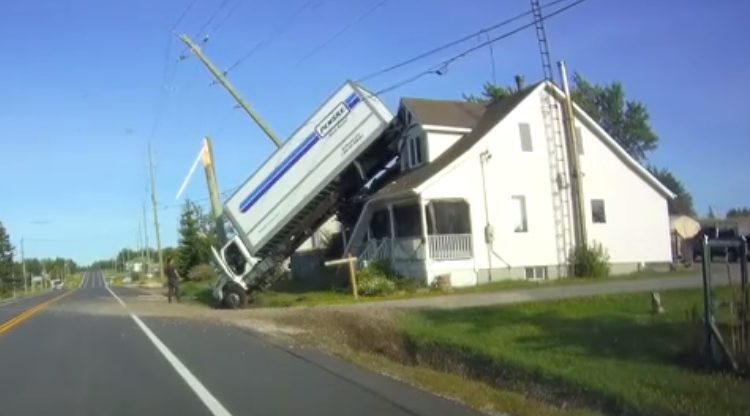 The truck is shown after the accident, with the driver surveying the scene. Image courtesy OPP.

ALBAN, ON- A truck driver has been charged with careless driving after his vehicle ended up on top of a house yesterday evening.

The incident took place along Highway 64 in Alban last night. Dashcam video shows the truck hitting a hydro pole near a home along the route, with the vehicle’s rear end flipping up and landing on the roof of the building.

The driver then scrambles out of the vehicle, and turns to look at the scene. The Nipissing West OPP have said there were no injuries from the incident, and the highway was fully re-opened by 3:00 a.m.

The police also thanked Sharon Gauthier for sharing the video, which was taken on Denis Lefebvre’s dashcam.