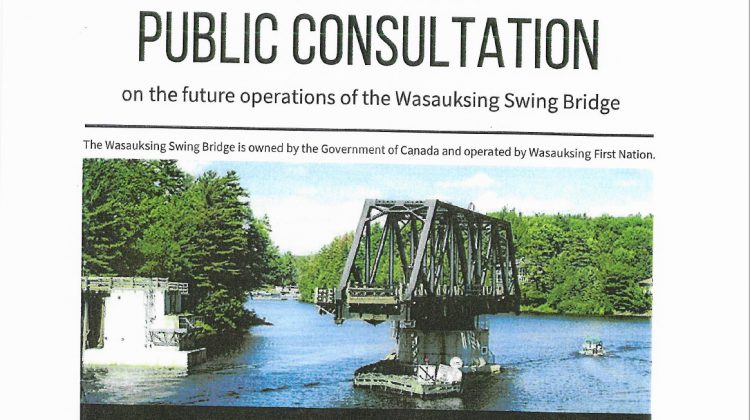 The bridge is shown in an image attached to the notice from the federal government.

WAUSAUKSING FIRST NATION, ON- The swing bridge over to Wasauksing First Nation is stuck.

According to Ryan Tabobondung, the director of public works for WFN, the bridge ceased operations around 3:00 p.m. on Wednesday.

The operators of the bridge had started a normal swing around that time, when they heard a loud grinding noise coming from the structure. Tabobondung told the MyParrySoundNow.com newsroom that it appears as though the main gear for the bridge and the concrete support structure had been grinding together.

He was unsure if the gears had shifted somehow, or there were larger structural issues with the bridge.

Structural and mechanical engineers are expected to be at the structure by noon tomorrow to examine the problems, and updates on when it will re-open are expected at that time. With the bridge closed, the land link for WFN remains in place but no marine traffic can pass through the area.

A public meeting on the future of the 120-year-old crossing is scheduled for August 21st in Parry Sound. The structure is owned by the federal government, and operated by WFN.