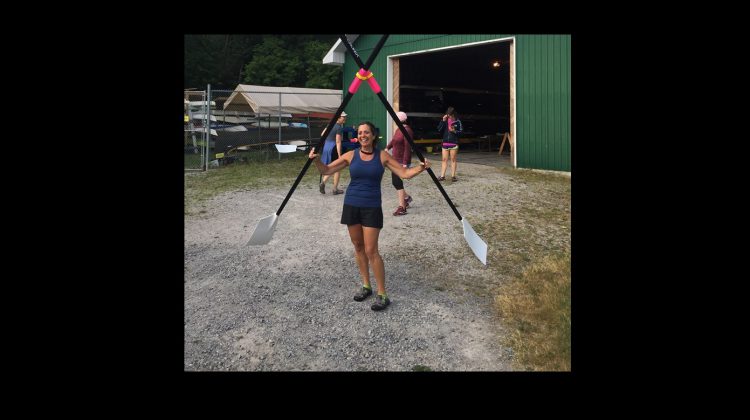 BRACEBRIDGE, ON- A young boy was saved in Bracebridge Bay on Monday night.

The incident took place around 7:00 p.m. at the docks in Kelvin Grove Park, after a practice by the Muskoka Rowing Club. Members Christine Ellard, Kim Olson, and Angela Ghikadis had been collecting oars from the dock when they heard cries of distress coming from the river. 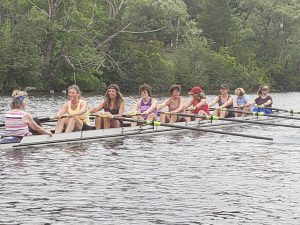 Ellard with her teammates. Image courtesy of Christine Ellard.

They realized that a young boy was having trouble in the water, after they asked him if he was in distress and he told them he was.

According to Ellard, the trio immediately went into action.

“At that point, we dropped our oars, and ran down to the dock,” said Ellard.

“I dove in, and swam out to him, and talked to him. He was just sinking. So, I flipped him over, he was quite a big boy, probably twice my size even though he was young, and he was really scared and trembling. I got him to the dock, and Kim and my other friend Angela were there. The three of us hoisted him onto the dock, and he was going into a seizure at that point.”

After the boy got out of the water, paramedics soon arrived and took charge of the situation. The rowing club praised Ellard for her actions in getting the boy out of the water, and Ellard indicated to the MyMuskokaNow.com newsroom that she was happy to have help from her friends in saving the boys life.

Ellard advised anyone having trouble while swimming to let people on shore know if possible.

“With kids, as you know, sometimes they’re just yelling and making fun noises and goofing around,” said Ellard.

“The people om shore can’t tell if you’re distressed or not. Clearly tell somebody you need help, if you can.”

She also believed the Bracebridge Bay area could benefit from a lifeguard, though the timing of Monday’s incident would have been a problem.

“It would be nice if we had a life guard down there, every year it seems someone drowns in that bay,” said Ellard.