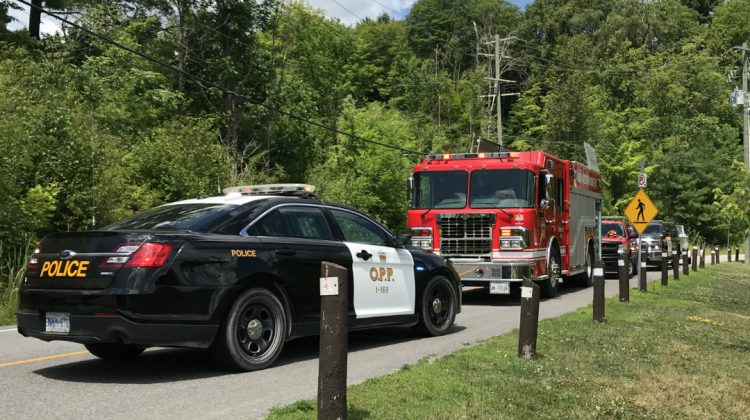 Police, Fire and EMS responded to the call of a man needing assistance in the water below Bracebridge Falls. (Doug Crosse MyMuskokaNow.com Newsroom)

BRACEBRIDGE, ON- A man from Toronto has been confirmed as the victim in a weekend drowning.

According to a news release from the Bracebridge OPP detachment, officers and emergency crews were called after a man failed to surface while swimming in the Muskoka River on Sunday afternoon, shortly before 1:00 p.m.

The area the man was swimming in was around the Bracebridge Falls, in Bracebridge Bay Park.

The OPP have named the man as Roberto Carmona, a 20 year old from North York. He had gone into distress while swimming with a friend, and slipped under the water.

He was found by bystanders, and CPR was started. He was then taken to hospital, where he was pronounced dead.

The investigation into the death is ongoing.