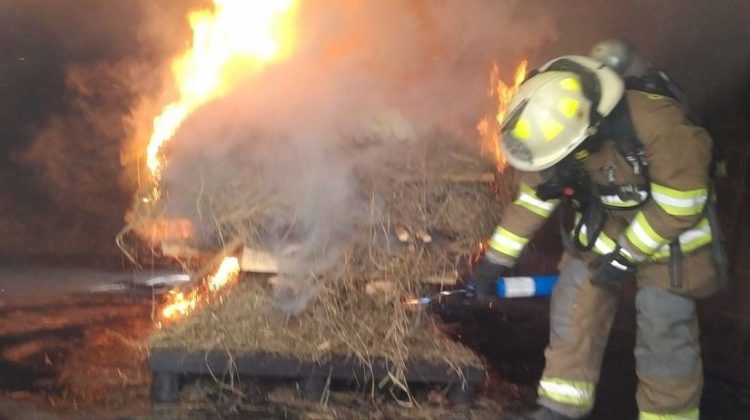 A Gravenhurst firefighter sets a blaze for a training scenario . (Twitter photo)

GRAVENHURST, ON – Training for a new batch of Gravenhurst firefighters has begun.

Recruits were being put through their paces at the Ontario Fire College, including simulated fire situations.

In a social media post on Twitter, the caption reads, “First burn of the day just finished, simulation of garage fire…3 occupants above fire saved.”

Like all fire departments in the region, the Gravenhurst Fire Department is volunteer in nature. This does not mean firefighters are not paid for their work, just that they are called upon at a moment’s notice to help fight fires, attend car crashes, or assist in water rescues.

That often means having to leave their day job and rush to the site of the incident.  Unlike larger communities with full-time firefighters, there is no centralized crew waiting at a station for the alarm to go off.

Recruits go through approximately 120 hours of training over five months, using a centralized program through the Muskoka Recruit Training Program.