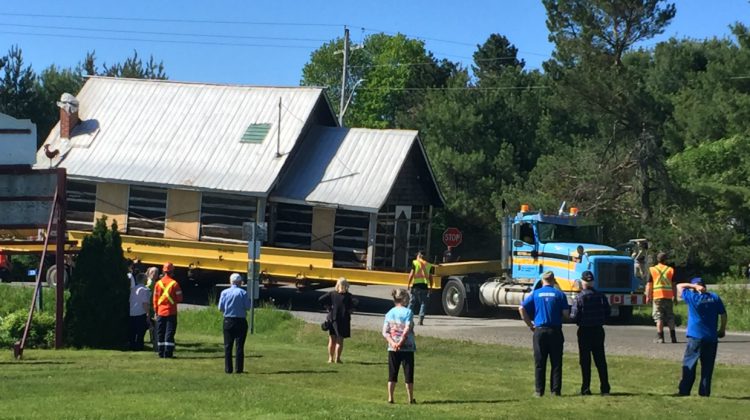 BRACEBRIDGE, ON – Anyone looking to step into a time machine this weekend might not find a legitimate one, but an event is happening that could make it feel as real as it will get.

Saw and shingle mill demos, wood processor demos, heavy horse pulls and a blacksmith shop are just some of the events featured.

The President of the show, Paul Sisson, said this year is particularly special as there will be vehicles on display never seen at the event before.

“This will be a rarity in Bracebridge but we have two Linn trucks at our show this year,” Sisson said. “The Linn truck we have as a club was from the Moore Lumber Company north of Bracebridge. Back in the 20’s and 30’s they used it to pull sleigh loads of logs out of the bush.”

The president added there is a second truck from Midhurst that is just a little bit smaller but just as historical. On top of the two vintage vehicles, there is a whole truck show which is also new this year.

This will also be a family event with plenty of activities for the kids. Those include a petting zoo, bouncy castle and pony rides just to name a few.

Sisson said the show has come a long way since it started 35 years ago.

“There was a group of people that used to go to the show in Cookstown,” Sisson said. “One day they were driving down the highway with all their equipment and said ‘why don’t we start our own show?’ So in 1984, they started the Pioneer Power Show in Bracebridge.”

The event kicks off Friday at 5 p.m. at JD Lang Park and the Bracebridge Fairgrounds with a stock and garden tractor pull.

A pancake and egg breakfast will be served Saturday morning which will lead into firewood auctions and live music from 1 p.m. to 3 p.m. At night the party continues with a square dance from 7 p.m. to 10 p.m.

The weekend will be highlighted by the official opening of the new historical building on Sunday at 11 a.m. A group transferred the former St. Peter’s Anglican Church to the Bracebridge Fairgrounds where it will serve a new purpose.

Admission is $2 on Friday and $5 on the weekend.