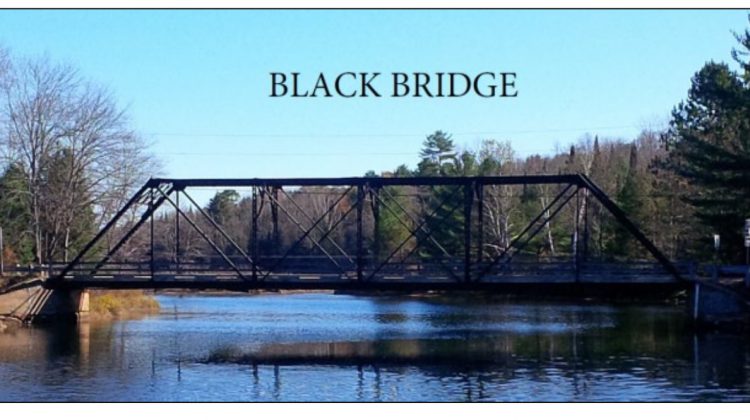 The bridge is shown in a photo from the town council agenda on June 25th, 2019.

BRACEBRIDGE, ON- Bracebridge is replacing a bridge over the South Branch of the Muskoka River.

At their latest meeting, town council decided to award a contract for engineering services to replace the Black Bridge on Matthiasville Road to Planmac Engineering Inc.

The company will be working to design a new structure at the crossing, which was built back in 1922. After an inspection in 2016, it was decided that the bridge had reached the end of its useful life and should be replaced.

The town is also asking the company to include a way of discouraging diving from the bridge into the water in the new design, as well as a raised 1.5 metres sidewalk surface within the trusses of the bridge on the downstream.

The minimum height of the bridge trusses is 10 feet above the road, and the town does not want any horizontal bracing over the road.

The total cost of the project is expected to be $2.6 million, and the town will be asking other levels of government for help with that cost.