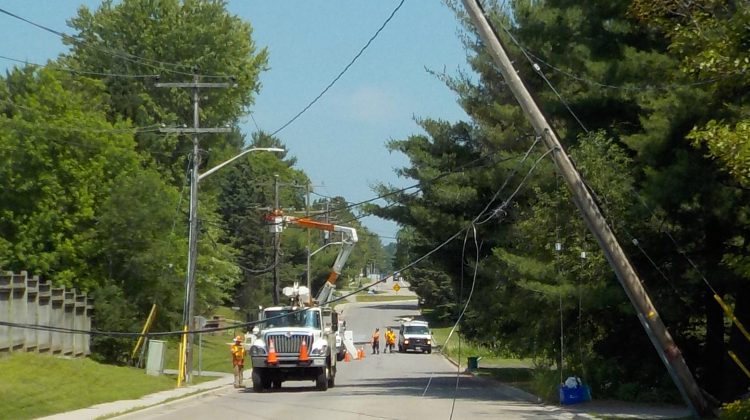 BRACEBRIDGE, ON – The power is back on in Bracebridge.

Temporary service has been restored to a large portion of the affected area. Hydro One continues to work to replace damaged poles and may need to interrupt the bypass power to get the repaired wires back on line.

A tractor-trailer had knocked wires down on Wellington Street north by Westvale Drive around 10:00am.

Wellington Street North between Ball’s Drive and Manitoba Street (MR 4) continues to be fully closed to pedestrian and vehicle traffic due to the downed hydro lines across the street.

The Town of Bracebridge predicts the street could be open by 6:00pm and will notify the public through social media. 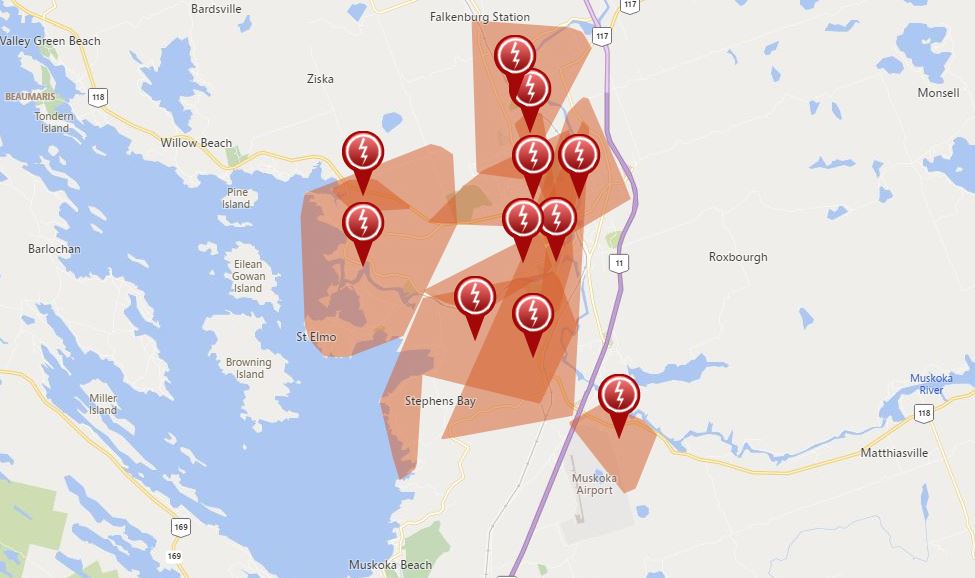