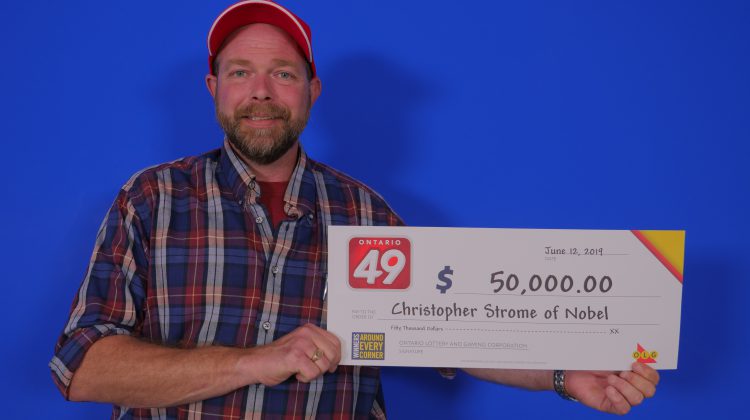 NOBEL, ON- A man from Nobel has won a prize.

According to the Ontario Lottery and Gaming Corporation (OLG), Christopher Strome of Nobel has won $50,000 in the Ontario 49 draw.

He won his money in the June 1st draw.

The contest is $1 per play and take place every Wednesday and Saturday.

He purchased his winning ticket at the Canadian Tire Gas Bar on Joseph Street in Parry Sound.