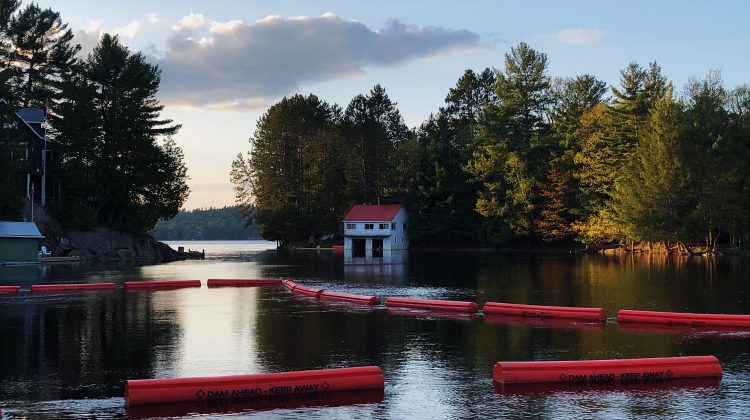 Port Sydney is shown on May 30th, 2019. Photo by James Wood/MyMuskokaNow.com staff.

HUNTSVILLE, ON- Sandy Inkster was never asked if she was ok.

Inkster is a resident of Port Sydney, and was hit hard during the recent flooding. Her home ended up with six inches of water inside of it, which has disrupted her life.

Inkster came to the recent meeting of Huntsville town council at the Algonquin Theatre to speak up about how she felt she was treated by the municipal authourities during the flooding. 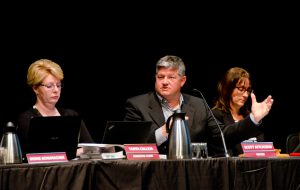 She wasn’t happy, and told mayor Scott Aitchison and the council that she was never asked once “are you ok” when speaking with the town authourities about her situation.

She also felt as though residents of Port Sydney had been ignored, and implored the council to “look beyond the streets of Huntsville” when it comes to the flood situation.

In response, Aitchison told Inkster “that kind of thing” would never happen again on his watch.

He expanded on that when talking to the press, saying he had first spoken with Inkster when she was forced out of her home.

“It was a tearful conversation,” said Aitchison.

“It was difficult for her, to go through what she was going through, and I felt that personally. I thought to myself, ‘that’s the kind of thing that just seems like basic human decency”.

He said he felt “genuinely bad” for how Inkster was treated, while stating he could see how town staff might get swept up by calls in a flood situation.

“I still do,” said Aitchison.

“I feel like we can do a better job of making sure that our first instinct is to care about people’s personal safety. That should have been the first question that was asked of Sandy, and anybody that called in to express their fears about what was going on.”

He said that he had spoken with Huntsville CAO Denise Corry on the matter “at length” and he believed there would be training conducted for employees so they know how to respond to the public when they call in during extreme events.

“I feel awful that that’s how this organization made her feel, and I’ve committed to her and I commit to everybody in Huntsville, while I am around here, that is not the way it should be,” said Aitchison.

“I’m committed to making sure, going forward, that it won’t be like that again.”