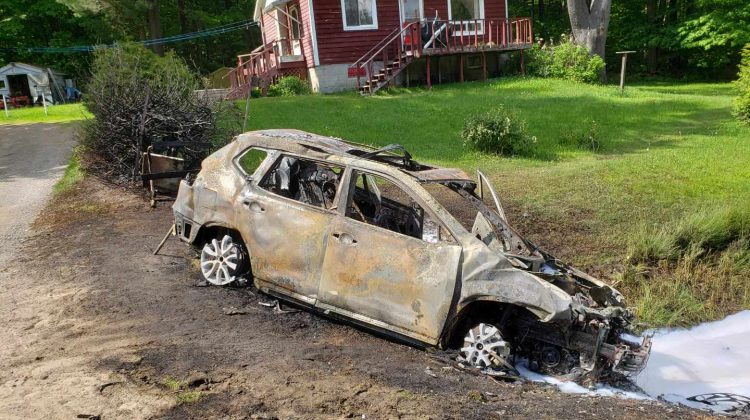 A photo of the burnt out SUV. Image supplied by the Muskoka Lakes fire department.

According to Harry Baranik, the deputy chief of the Muskoka Lakes Fire Department, the incident took place around 3:30 p.m. on Wednesday afternoon, close to the intersection of Highway 141 and Skeleton Lake Road 5.

While Baranik was unsure of the exact circumstances of the collision, he stated that firefighters found an SUV fully engulfed in flame at the scene when they arrived, and sprayed down the vehicle to put out the fire. A delivery truck was also at the scene, and is believed to have struck the SUV.

A mother and her child were taken from the scene via ambulance.

Their conditions and the circumstances that led to the crash remain unknown at this time. A request for comment has been sent to the Bracebridge OPP detachment, who responded to the scene.