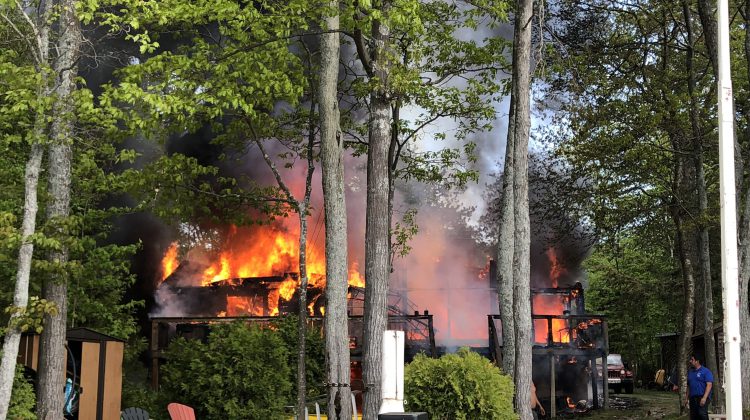 WASAUKING FIRST NATION, ON- A cottage on Parry Island was destroyed by fire yesterday afternoon.

According to Ryan Tabobondung, the director of public works for Wasauksing First Nation (WFN), the fire occurred around 3:30 p.m. at Lot 2 along Oak Point Road, along the island’s western shoreline. It was close to the mouth of the Rose Island Channel.

Ten firefighters from WFN’s fire department, along with a pumper truck and one fire department vehicle responded to the scene, but found the building fully engulfed on arrival.

The seasonal cottage was consumed by the flames, and damage was spread to the property within a radius of 40 to 50 feet. One vehicle that had been parked nearby sustained heat damage, but did not catch fire.

Tabobondung indicated that there is no clear cause for the fire at the moment, but stated that the cottage was the first thing to burn.

There were no injuries or casualties reported from the scene.