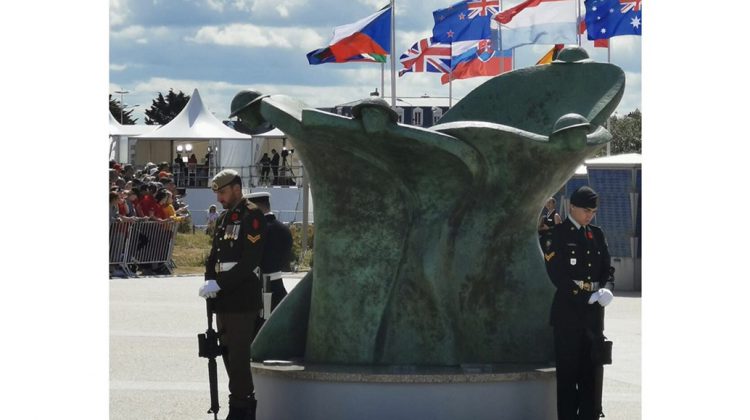 The sculpture “Remembrance and Renewal” is shown outside the Juno Beach Centre on June 6th, 2019. (Image supplied with permission by The Saskatchewan Remembrance Project.)

BALA, ON – The Legion in Bala will be commemorating the 75th anniversary of the D-Day invasion.

The day will be marked with an event starting at 5:00pm, including beverages and chicken wings.

Many veterans of the Second World War are members of legions in the province.

The invasion on June 6th, 1944 saw an allied invasion of over a million men land in Normandy, France. This ultimately led to the end of the war in Europe.

The Canadian army landed over 21,000 men on Juno Beach. Units of the Canadian 3rd Infantry Division, who took heavy casualties in the first wave by the end of the day succeeded in wresting control of the area from defending German troops.

Leaders from around the world, including Prime Minister Justin Trudeau, are in France and earlier today participated in an event commemorating the invasion.