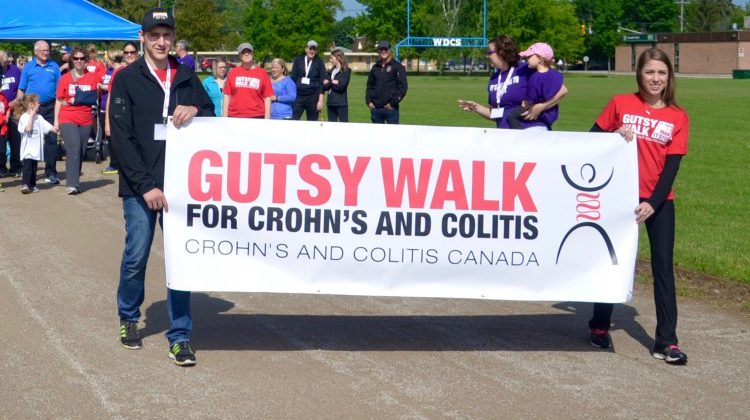 GRAVENHURST, ON – People who suffer from Crohn’s disease and ulcerative colitis will receive some support this weekend.

It is the 24th annual Gutsy Walk on Sunday and it is taking place at Gull Lake Rotary Park at 10:15 am.

Thousands of people will be walking across the country raising funds and awareness for a cure to the disease.

A report by Crohn’s and Colitis Canada has warned that cases of Inflammatory Bowel Disease (IBD) in Canada will soar in the coming years. According to one of the report’s authors, Dr. Gil Kaplan, the number of people affected by the disease will increase by 130,000 in the next 30 years.

“Canada has amongst the highest rates of IBD in the world, the prevalence is roughly 0.7 per cent of the population and that means currently 270, 000 Canadians have Crohn’s disease or ulcerative colitis,” said Dr. Kaplan.

Walkers that raise $100 or more will be given a Gutsy Walk T-shirt. Those that raise a $1000 or more join the Top Pledge Earner club.