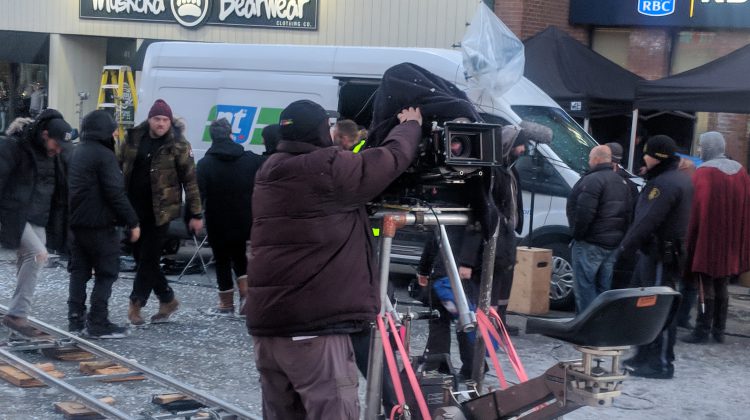 It turns out Bracebridge blew the competing communities out of the water for the right to host the filming of a new Netflix movie.

The Knight Before Christmas began shooting in mid-April but the bid to get crews to Bracebridge began long before then. Jill Harrison is the economic development programmer with the municipality.

She said Bracebridge was competing against three other communities but once she got crews to town it soared to the top of their list.

Harris added it was between Bracebridge and one other but she wouldn’t name the municipality.

“I can’t spill the beans,” Harris said. “They were all really fabulous communities but I was really happy to beat them.”

She said the movie industry isn’t one of the municipalities priorities for income but she gets around one request per year from production companies to check it out. Harris added the key to getting crews to choose Bracebridge is being able to provide them sites so they can shoot 90 percent of their film in the area.

“It can be tough because their idea of a diner and mine could be completely different,” Harris said.

After it’s all said and done though the movie will net Bracebridge $2 million to 3$ million in what Harris calls a very soft time of year.