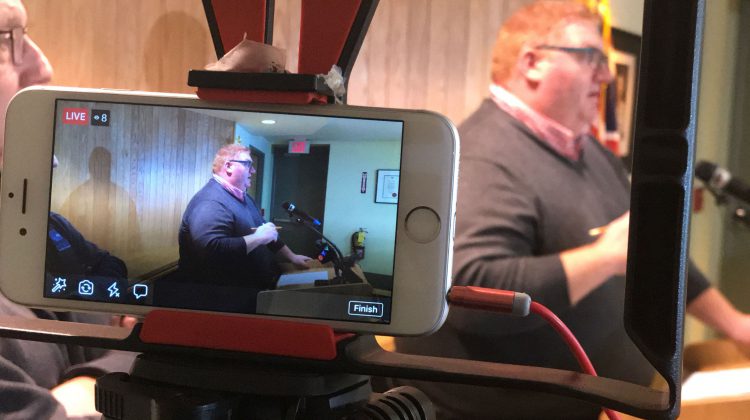 Around 120 army reservists have left Bracebridge for floods in Renfrew County.

Mayor Graydon Smith thanked the military volunteers for their service during his daily press briefing at the town offices. There are still 120 reservists in town serving a number of functions from filling and distribution of sandbags, to evacuations and wellness checks.

Generally, the news was better today in terms of water levels, but there are still a number of residents whose homes are cut off by flood waters. Around 15 roads are still closed due to flood waters and Smith shared a story of one driver getting charged for going down a flooded road and needing rescue.

“It is illegal to drive on roadways marked closed,” reminded Smith. “The OPP did lay a charge (Wednesday) for a person who drove into a road closed area, stalled their vehicle out and ultimately caused a problem for themselves in terms of safety and of course for first responders themselves.”

Smith spoke of the interim order issued by Transport Minister Marc Garneau, asking people to abide by the request to stay off the Muskoka River, Lake Muskoka and the Moon River.

“Note the OPP Marine Unit is actively patrolling the water,” warned Smith. “Military personnel will be on the river today to assess some of the shoreline conditions.”

Sandbag production is stopping as there is a large number in reserve. Smith said the town was working with the District on a system to get sandbags picked up as the water begins to retreat.

“We are working with the district on a phased program to manage solid waste and sandbag disposal from those that have been affected,” Smith offered, speaking about the 2013 flood and its aftermath. “We are looking at a voucher system similar to what we had in 2013.”

Details for that are expected later today.