Bracebridge in waiting game for effects of rain 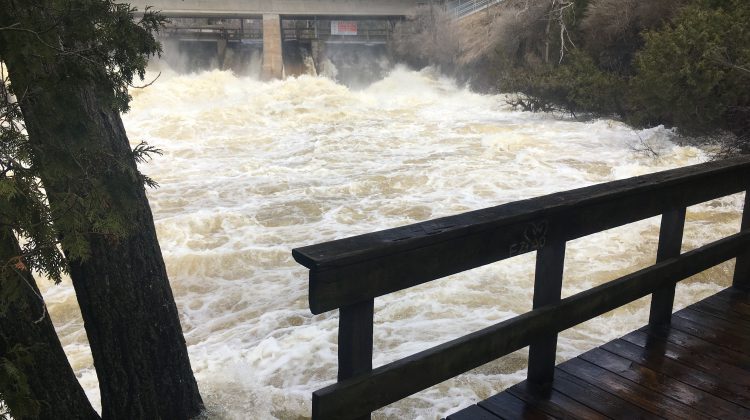 It is now a waiting game.

With heavy rain falling in Muskoka the rivers and lakes that were starting to level off could get much higher in the next couple of days.

In his third public update since declaring a flood emergency on Tuesday, Bracebridge Mayor Graydon Smith updated the media on what the effects of up to 50 mm of rain will be this weekend.

Smith advised those people staying in their homes to make sure they have enough supplies to last at least 72 hours.

He also advised people who were cut off by the water and wanted to leave to call 211.

“We will come and get you,” said Smith.

He also announced that Beaumont Drive, which is currently closed should be reopened to local traffic once a resurfacing operation is complete. 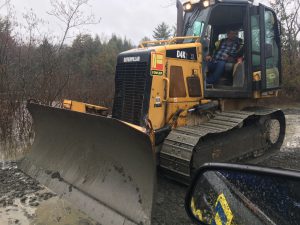 “We are laying down a large gauge aggregate to raise the road,” Smith revealed. “You will be able to get in and out but it will be a very slow drive.”

Smith said water levels in lakes north of the town will be rising and that officials will be monitoring roads and cut off areas very closely.

“We will have inspectors driving overnight watching for any changes,” he said.

Sandbags are available 24 hours a day at Fowlers Construction, 1206 Rosewarne.

“Supplies may be low overnight, but we will have sandbags available for pickup,” said Smith.

The boil water advisory is in effect for homeowners that use well water. The town has two areas that residents can pick up water.  Water filling stations can be accessed at 336 Ecclestone Drive and 1601 Beaumont Drive (Kirby’s Beach water treatment plant).