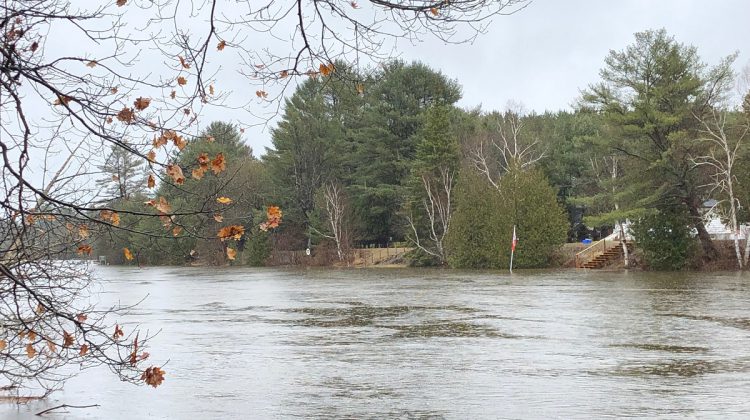 As parts of Muskoka are still under water, there’s rain in the forecast.

We can expect up to 10mm more of the wet stuff tomorrow.  Though it’s not going to be as bad as the weekend it could still have an effect on the current flooding. The Ministry of Natural Resources and Forestry’s flood warning for Muskoka, Parry Sound, and a northwest portion of Haliburton County remains in effect until Wednesday.

In the meantime, there are still a number of road closures in the area related to the flooding.

In Bracebridge, the closures include River Road from Taylor Road/Muskoka Road 42 to Wilson’s Falls Road/Ann Street Intersection and closures on Bird Lake Road, Black River Road and others. You can see a complete list on the town’s website.

Outside of the towns, Highway 592 has been closed in both directions at Gravel Road East in Novar because of flooding, and Highway 518 is down to one lane in the Seguin Falls area. Up in Burk’s Falls, there are reports of significant flooding on Peggs Mountain Road and Chetwynd Road.

If you come across a road that’s covered in water it’s better to be cautious and find another way around rather than getting stuck in a potentially dangerous situation.