New face in the running for federal NDP 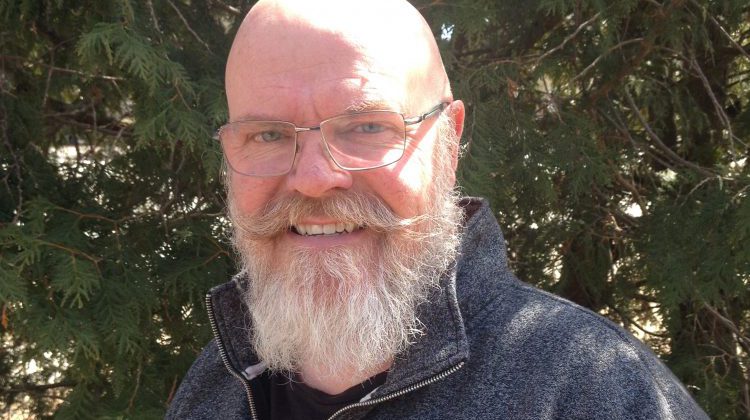 A new name is being considered as the face of the federal NDP in Parry Sound-Muskoka.

Tom Young, a sales rep for a trucking company, has put up his hand for consideration as a candidate for the New Democratic Party in the area.

With an election set for October 21st Young made his announcement at the NDP’s Annual General Meeting today.

After losing in a close ward election in Bracebridge last fall, Young was approached to run for the NDP, though there may be other candidates coming forward at the upcoming nomination meetings in May.

“I have always been an NDP,” says the 54-year-old.  “I like the idea that they really want to look after the average worker.”

He says being a Muskokan his whole life gives him an advantage over some other party candidates who have not made their home in the area.

“My pitch to people in Parry Sound Muskoka is quite simple,” says Young. “I am from Muskoka. I’ve lived here all my life. I’ve never left. It’s in my blood.”

He says the NDP ideology appeals to him.

“I believe they really want to look after the average person and make sure they get a decent living wage and live a decent life,” he says.

He also believes that he would be a candidate to put the wants and needs of constituents ahead of party politics.

“(The party’s) got to go with what the constituents of this riding want, whether it’s what I want or not,” says Young.

He knows he is staring down decades of Tory blue in the riding, but points to a time when the Liberals held a seat from the mid-1990s to 2006.

“Andy Mitchell was here because the people in this riding absolutely loved Andy Mitchell,” he recalls. “He was a down to earth, honest guy and that’s why he got the votes and that’s exactly what I am as well.

“I am a down to earth average, living pay cheque to pay cheque normal person from Muskoka,” he affirms. “And I am hoping that’s what people will see.”

Young looks at the political games on Parliament Hill currently and it worries him.

“You can see what’s going on with the feds in Ottawa right now,” Young explains. “Trudeau is arguing with Scheer. I’m thinking ‘look at all the time being spent on this stuff’.  Who is actually running the country?”

He admits running for federal office has not been a lifelong dream, but the timing is right in his life and he thinks he can make a difference.

“This is a new chapter,” he says. “I’ll be honest with you, last year if you asked me if I was running for the federal election I probably would have told you you’re are crazy.”

It is the first footsteps in a journey that could possibly take him to Parliament Hill. Young knows the work in front of him and is ready to roll up his sleeves and make his effort count.