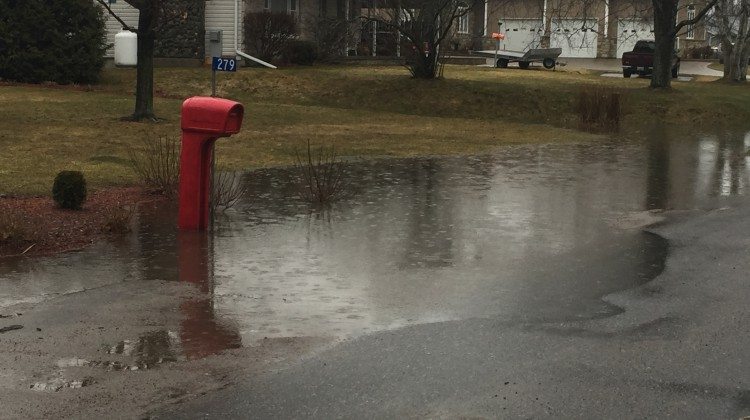 (with files from Phil McCabe)

The Ministry of Natural Resources and Forestry is warning there is the potential for flooding in the area.

With the forecast calling for showers and warm temperatures throughout the rest of the week, the MNRF Parry Sound office has issued a “Flood Outlook” warning for the area.

Although flooding has not happened as of yet, the MNRF says the flood outlook is an early warning that there is the potential of flooding.

Current snow conditions in the Muskoka and Parry Sound region have an average of 30-60cm of snow depth containing 120-200mm of snow water equivalent, which is above the typical average for this time of year.

The MNRF is encouraging people across their district to keep an eye on water levels, regularly check for notices and exercise caution around bodies of water. It is also recommended that parents tell their children to be careful and supervise them.

If anyone has experienced flooding in the past, the MNRF says it is a good idea to take the precautions now to protect your home and belongings just in case the water does rise to flood levels. It is also suggested that you secure anything that might float away and make sure that your sump pump is working properly.

In terms of where the water levels are at now, MNRF says that most reservoirs are below the yearly average. Alternatively, there is a bigger amount of snowpack this year which means more water to come as it thaws. That is paired with the fact that the forecast is calling for 15-25 millimetres of rain by Friday.

Southern Ontario is expected to receive 5 -10 mm of precipitation over the next few days, with temperatures reaching +10 degrees C as far north as the French River and North Bay on Friday and staying above freezing overnight Thursday, before dropping back down to more seasonal temperatures Friday night and into the weekend.