What does a bus shelter cost? 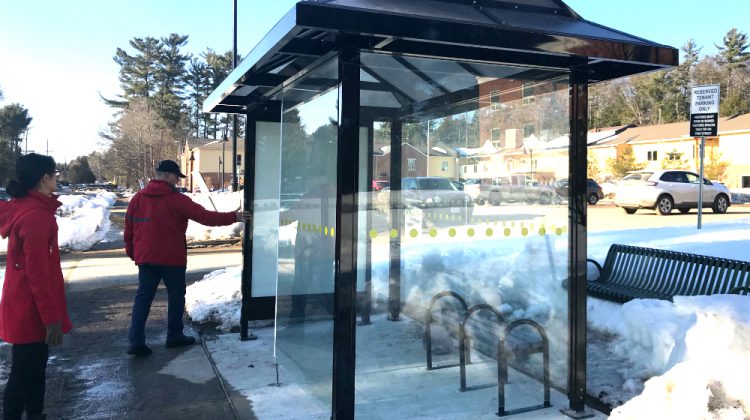 There has been reaction since MyMuskokaNow.com posted a story about new bus shelters in Bracebridge.

Some commenters to our Facebook page felt the price tag of $131,000 for the three glass structures with solar-powered lighting was a little steep.

Director of Public Works Walt Schmid offered up some of the other things that are included in the final price tag.

Each shelter cost $12,095, similar to the cost of shelters used on Montreal’s transit system a listener sent us. There are installation costs on top of that, and the Montreal design does not include solar-powered interior lighting.

“That is huge because we don’t have to bring a power supply and there are no hydro costs going forward,” Schmid explains.

The Town of Bracebridge has also purchased 11 benches like this one on Manitoba Street. (Google Street View)

The money also included a total of 11 bus benches at a cost of $2,500 each. They will be installed around town later in the year.

Other related costs include the creations of concrete pads for two of the shelters and also lay-bys. These are where a bus can move to the right to pick up and drop-off passengers and not block through traffic.

“The lay-by on Ecclestone for example, Schmid explains, “We did it when the District was redoing that portion and we simply contributed that portion back.”

He says waiting until other work is being done by regional partners makes fiscal sense so you only do the job once.

So in looking at the bus shelters on their own, their individual associated costs will come in at under $20,000 per piece. The remaining $70,000 of the announced costs include the items such as bus benches, lay-bys etc.

The federal government contributed $50,000 from the Federal Transit Infrastructure Fund with the town paying $81,000.