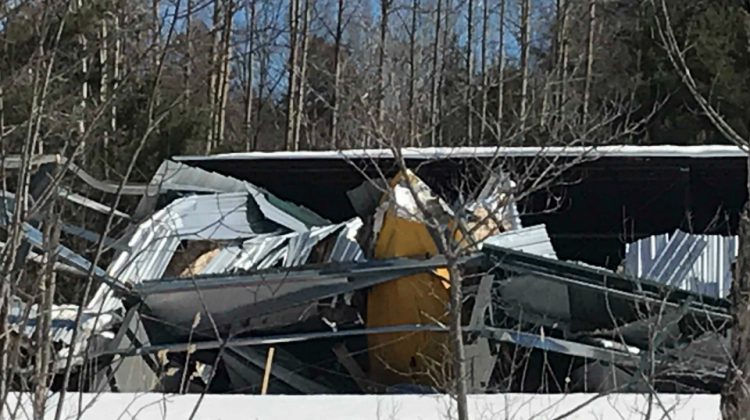 Around 70 boats were in the off-site storage unit of Muskoka Lakes Marine when it collapsed on March 12th. (Doug Crosse Photo)

The owner of a collapsed storage unit near Rosseau is trying to find out what happened.

There were 70 boats in the facility, which is about one kilometre outside of Rosseau. The metal pre-fabricated building is only a year old and was designed specifically for boat storage.

An employee with Muskoka Lake Marine confirmed to MyMuskokaNow.com that forensic engineers and staff were on the first day of investigating what may have happened to cause the building to collapse.

An engineering company employee on site this morning wouldn’t comment. A new permit for demolition was posted on a tree in the driveway of the facility.

An employee from Muskoka Marine pulling a boat on a trailer said some boats seemed in good condition, but others “have a lot of damage.”

All boat owners have been informed.