No injuries in Huntsville roof collapse 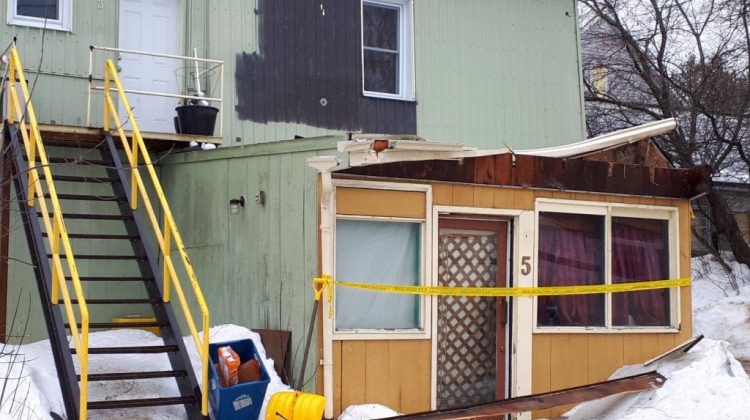 The roof on an extension at the back of 12 Main Street West collapsed, trapping two people. (Patrick Grapes)

Two people were rescued after a roof collapsed in Huntsville.

It happened just before 9:30pm last night at 12 Main Street West, in the rear of the building that houses Gus and Gigi’s Pet Shoppe.

The trapped people had to be removed through a window, according to fire officials.

Shop owner Tara Kerr says she understands the residents got trapped when snow filled the room they were in. The store is not affected by the incident and is open for business.

“A portion of a flat roof had collapsed on an addition at the rear of the building,” he confirmed. “The building department is looking into the cause.”

There were no injuries.