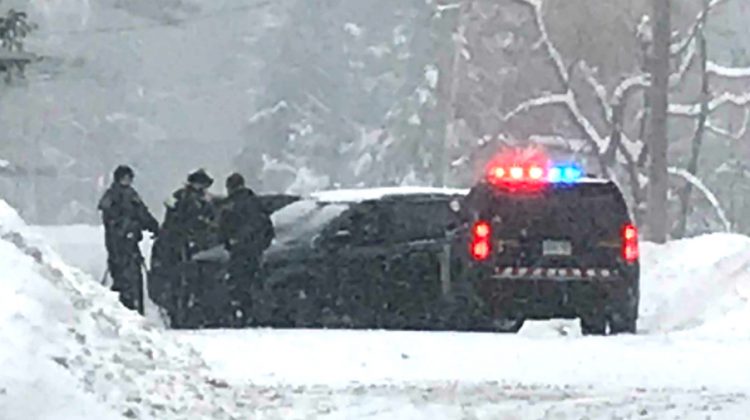 A Bracebridge man faces multiple charges after fleeing the OPP.

MyMuskokaNow.com first told you about the incident Friday afternoon when around 2:00pm the police approached a stopped driver on Highway 11 South near Bracebridge.

After speaking with the police for a few moments the driver fled, ultimately being stopped through the use of a spike-belt on Cedar Lane. Four cruisers were also damaged in the incident that ended near Macaulay Public School shortly before the end of the school day.

According to a witness who called the MyMuskokanow.com newsroom, Moore was arrested after he got out of his disabled mini-van, with multiple officers tackling him and getting him under control.

Moore has received an immediate 90-day driver’s license suspension and his vehicle was towed and impounded.

He is to appear in court on March 12th at the Superior Court of Justice in Bracebridge.