No injuries reported after SUV crashes into M&M 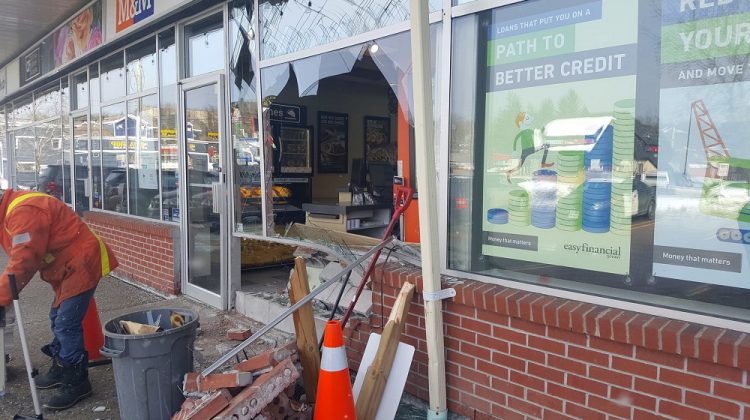 The aftermath of the crash (Dustin Whitcomb)

Staff at M&M Food Market in Huntsville is cleaning up after an SUV crashed through the business’s front window today.

It happened around 9:45am. Reports from the scene say the Toyota Highlander was being driven by an elderly man who had one passenger inside. The OPP and a tow truck arrived shortly after.

Jay Bell with Cottage Country Towing says when he arrived he found a mess.

“There was glass all over the sidewalk, the front window was broken out, and the bottom brick underneath the glass and everything was all broken out too,” he told MyMuskokaNow.com.

Bell said he believes the driver’s foot inadvertently slipped off the brake and mistakenly hit the gas. No injuries were reported.

M&M Food Market says it will get the debris cleared away, board up the window and get back to regular business by the end of the day.  The OPP says no charges have been laid.