Despite lower numbers Fire and Ice 2019 a success 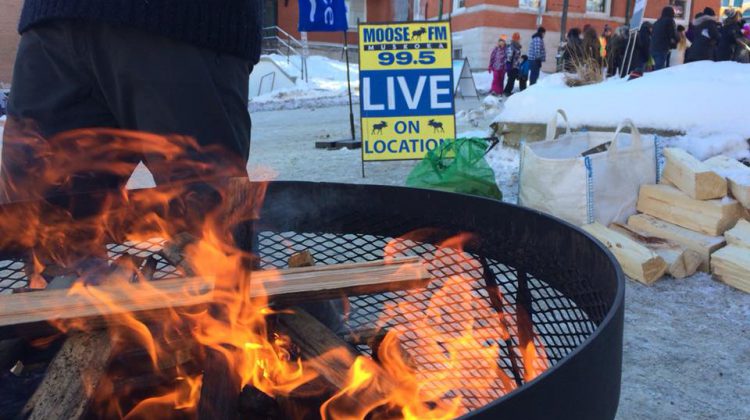 Fire pit near the Moose FM - with lineup for the tube run in the background. (James Bowler Photo)

There was lower attendance but it was still a great Fire and Ice Festival.

That is what Bracebridge BIA Admin Coordinator Tracey Larkman is reporting.

While people’s toes may still be thawing out from the colder-than-normal weekend, the attendance numbers, down from previous years, was still hot in terms of where people were visiting from.

Larkman confirms that attendance was down about 2,000 people over last year’s reported 13,000. But other indicators such as a survey at the button tent entrances and data from local motel operators suggests there were a lot of visitors to the area, making for a successful festival.

“We were extremely happy with this year’s version,” says Larkman. “Numbers were down slightly this year but we attribute that to cold weather.”

She says the minus 18 temperatures made for good conditions for the festival’s main attraction, the tube run.

“I like the cold weather,” she confirms. “It was the fastest tube run we have had in the last four years. So I would say cold weather is better.”

Larkman says the focus is not on the dollars and cents of attendance, but how retailers on Bracebridge’s Main Street were doing with all the foot traffic.

“It is a retail exercise but also tourism into the area,” she agrees. “There is a lot of factors that go into whether an event is successful.”

She says looking at the numbers in any specific year is not a good indicator of the success of each event.

“Our numbers were down this year so looking at our budgets right now it is too preliminary to determine whether we broke even on this event or not,” Larkman explains.  “Year over year we’ve done okay on these events. either breaking even or just being above.

“So to have a year where your attendance is down a little bit, it’s not a big deal as long as we know that our merchants on the street, as well as Bracebridge businesses as a whole, are doing well, that’s really what our focus is anyways.”