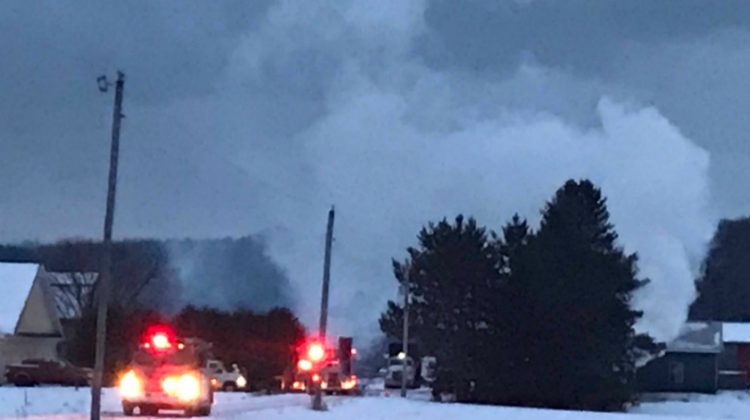 A fire on a farm on Fraserburg Road east of the Highway 11 overpass appeared to be nearly extinguished by around 5:30pm. (Doug Crosse Photo)

A structure fire on Fraserburg Road has traffic stopped in both directions near the Highway 11 overpass.

Bracebridge Fire was on site at a farm shuttling the water to extinguish an outbuilding on the property. The fire was several hundred metres from the road.

No word on the extent of damage, but the fire appeared to be nearly out by around 5:30pm.