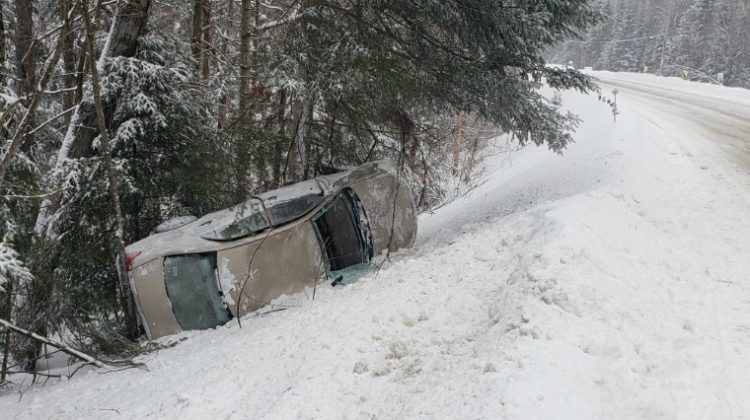 A female driver has minor injuries after leaving the road at Concession 4 at Brunel Road near Huntsville. (OPP Twitter Photo)

Following a crash at Brunel Road and Concession 4 and 5 in Huntsville the OPP have laid charges.

It was a single vehicle crash around 9:30am  and the woman involved received minor injuries.

Police have now arrested the 42-year-old driver charging her with impaired and driving while under suspension.

She will appear at the Ontario Court of Justice in Huntsville next month.