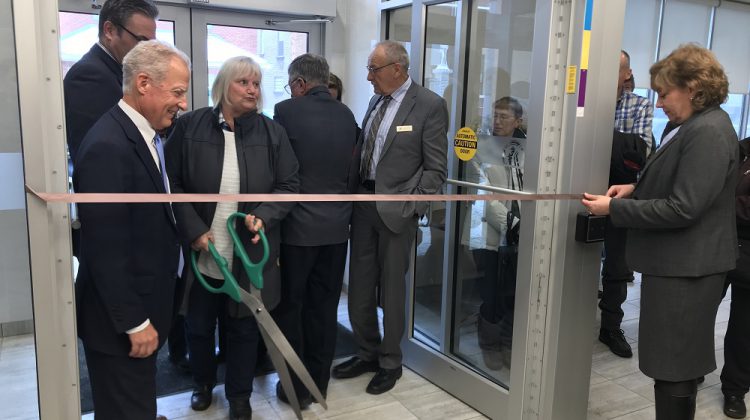 The Burk’s Falls and District Food Bank got a big boost today.

The Kawartha Credit Union presented the organization with a cheque for $2,000 at the grand re-opening of its branch in the village.

The new branch, located at 189 Ontario Street, occupies the building that the Royal Bank of Canada used to be in. RBC packed up in 2018 after doing business there for 110 years. The bank merged the Burk’s Falls branch with the Sundridge branch.

The Kawartha Credit Union’s donation to the food bank came from its Community Involvement Program. Through that program, Kawartha has donated over $2.5 million to charitable causes since 1998.