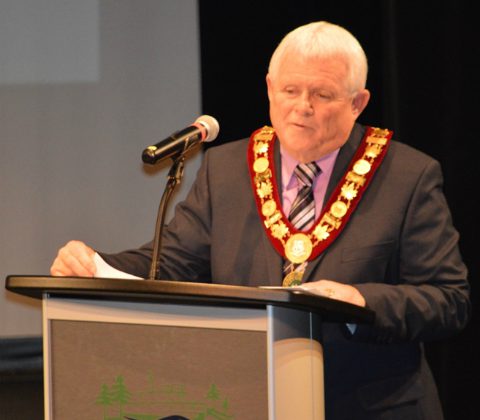 MMN: What are the first up priorities for Gravenhurst in 2019?

Housing. I have to say it is probably the number one issue we are faced with.

We just don’t have shovels in the ground right now. We’ve got Kestrel Glen which is part of Loon Call Developments, they’re going to be starting sometime in the spring.

Some more attainable type of housing than anything. It’s really economic development piece because whoever wants to come up and work here, they need housing.

We’ve had several conversations about different companies that are interested in the airport. But one of the very first questions they ask is “tell us about what housing you have available.”

And I know it’s not just here. In fact, this morning at the community and planning services committee at District both Don Smith from Bracebridge and I spoke about how significant this issue is.

And we need to, as a District, have a hard look at how we’re going to improve the situation.

As a quick example, we had hired an employee not that long ago who came up from the GTA area and could not find rental accommodation. They finally found a house to rent and 15 other people competing for that same rental.

It is a very significant issue. So that for me and across Muskoka it’s an issue.  I think for our community it’s one we’re really going to have to really come to grips with.

It’s right on top of the radar screen for us.

The other one is the beginning of Youth Council. We really need to enage the community with to understand and hear their voices. Because we really haven’t done a whole lot around that.

And that includes elementary students, high school students, but those that also have graduated. They may be working or not working in our community and we need to connect with them for a whole lot of reasons.

So the goal is that that’s going to be up and running probably early February.

We’ve got a number of people interested along with the high school principals in both here and Bracebridge. And the elementary schools are all on board with this.

So that will be a big one for us.

Economic development is another big thing.

Some big news, the Boston Pizza that has been shut down at the wharf for I guess since last March. So they are opened again. That’s been a real down side for the wharf (when it was closed). Because it attracts a lot of people from a restaurant perspective and having it shut down has not helped the wharf.

But also the airport. The airport’s a big one for us. Obviously, it’s within the jurisdiction of Gravenhurst but it impacts Bracebridge as well.

Why that’s important of course is that bringing tourism to Gravenhurst and Muskoka is a critical economic driver.

And there have been some businesses who are interested in bringing their business to the airport.

What we do know is flying out of Pearson with freight is really expensive. Some of those businesses are looking for alternatives outside of the GTA.

Back to the housing thing. You have a business that says, “hey we would like to set up at the airport” – one of the first questions is “tell us about schools” and then “tell us about housing.” “What’s available for our employees?”

We’re hopeful that the airport is a significant piece for us as well.

Recognition of Poverty in Gravenhurst

My other goal, along with council is recognizing poverty that exists in the Gravenhurst area. We’ve got things like Gravenhurst Against Poverty – GAPS – which I attend, and we’ll have a formal councillor being part of that.

The supper club that happens on a Thursday night. There are a number of different initiatives that happen and I think one of the goals is that we as a community are much more aware of that and we find ways to be able to assist those people providing them a hand in moving forward and what they need to do in life.