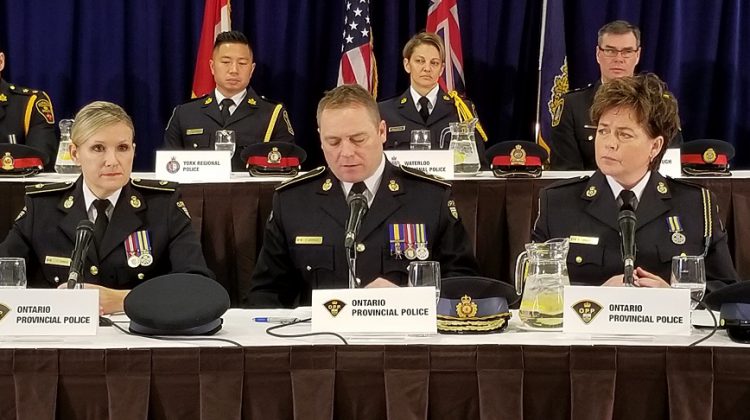 Police say these charges are just one month’s work by Internet Child Exploitation Investigators. The investigations occurred with the help of 26 police forces in November.

On top of that, the OPP says 55 victims were rescued and are getting the help they need. Officers also seized 17 guns, including three loaded handguns, during the investigations.

The arrests are part of the Provincial Strategy to Protect Children from Sexual Abuse and Exploitation on the Internet. During the conference, police showed a video of 834 unique ISP addresses they say were associated with child pornography, something the OPP calls the “tip of the iceberg.”

Deputy Commissioner Rick Barnum said “It is our fundamental and moral responsibility to ensure every child grows up safe. On behalf of the OPP, I want to make this message very clear: We will not stand for anyone hurting our kids. We will do everything we can to reduce the threat child predators pose to our children.”