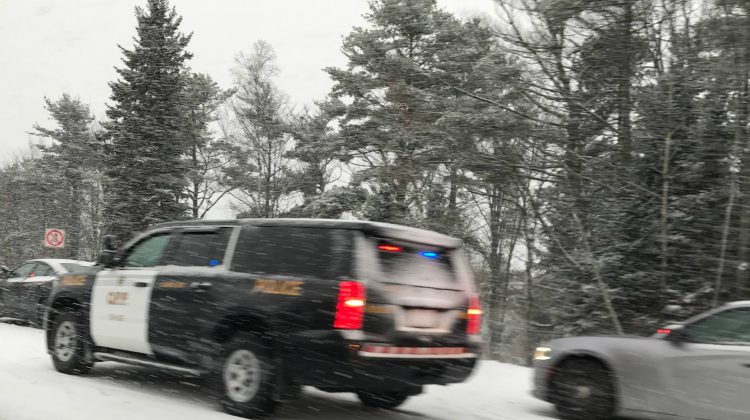 A joint investigation between the Huntsville and Bracebridge OPP has led the arrest of two men on drug charges. (Doug Crosse)

Bracebridge OPP confirm an accident on Highway 11 southbound is being investigated.

A pickup truck and trailer went off the road near the 117 overpass earlier this morning.

The driver of the vehicle fled before police arrived, getting picked up by a motorist driving southbound past the accident site.

Police did initiate a search but determined the driver was no longer in the area.

Police are not saying why the truck, which had a snowmobile on the trailer, left the road.

They also said there was no need for public concern about the whereabouts of the driver.