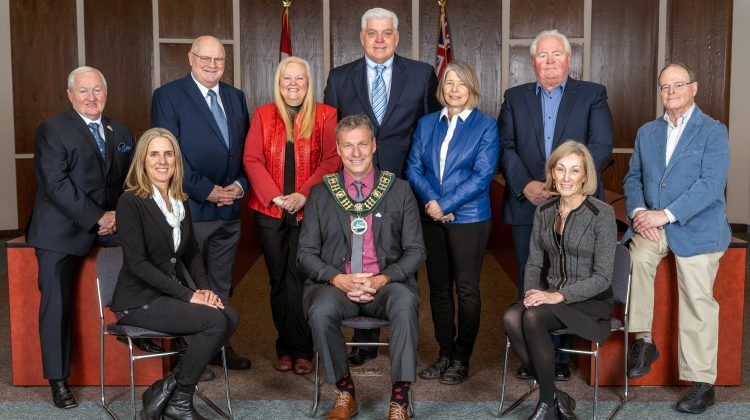 It’s time for a fresh and respectful perspective around the council table in Muskoka Lakes.

That’s the message newly inducted Mayor Phil Harding wants to get across as he and his new council prepare to take on the next four years.

“This will be a council of respect, that respects, maintains and enhances Muskoka as we move forward.”

The new team was officially sworn in during a ceremony on Monday. Harding says he’s excited to work with this mix of old and new faces around the table.

“We’ve got a good foundation to build on,” says Harding. “The six new councillors are all independent thinkers, they are all vested in Muskoka and they all have a vision for a respectful Muskoka going forward.”

He says the biggest priority moving forward is environmental protection.

“Our lakes and lake health are the foundation on which Muskoka has been built and must continue to be respected and protected,” says Harding. “One thing is for sure, Muskoka is in good hands and will be respected going forward.”

Returning councillor Allen Edwards has been named Deputy Mayor by Harding and Donelda Hayes will fill in when needed as acting Deputy Mayor.

Councillors both new and old will get their first experience as a team when they meet for a committee of the whole meeting next Thursday, followed by the first official council meeting of the new term on Friday.