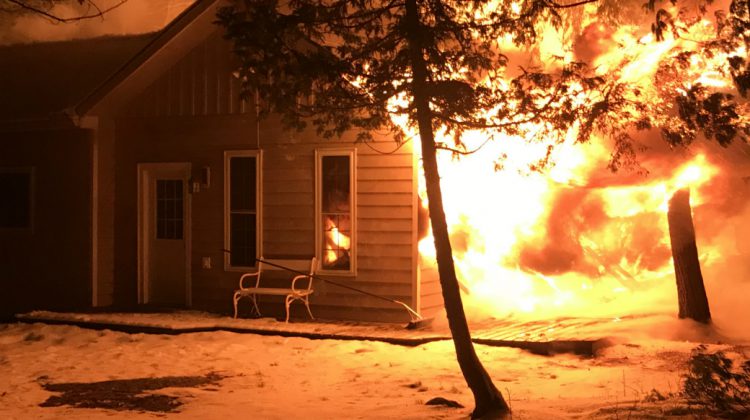 A cottage under construction on Leonard Lake was destroyed by fire last night.

Just after 9:00pm Muskoka Lakes Fire received the call for a blaze on the lake which is located roughly 20 km west of  Bracebridge.

Residents from across the lake had spotted the blaze and called it in.

No one was in the cottage as crews from Station 9 Milford Bay and Station 7 – Windemere Raymond quickly brought it under control.

Firefighters stayed overnight to monitor the scene and put out hotspots.

No injuries were reported. The fire is under investigation, with damage estimated around $450,000.