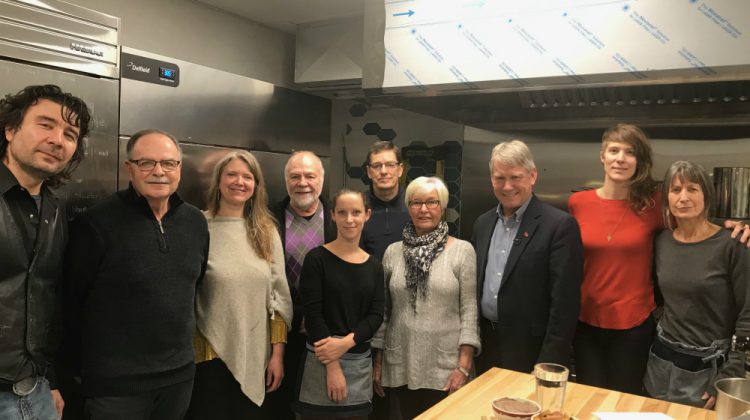 Provincial spending at a local level was on display Friday afternoon in Huntsville.

MPP for Parry Sound-Muskoka, Norm Miller, was at the Muskoka North Good Food Co-op to publicize funding of projects in the riding.

“Our government is proud to support projects that help to grow jobs and open the doors to economic development in rural and Indigenous communities,” said Miller.

Kitchen manager of the Co-op, Kelli Ebbs says from the original plans nearly four years ago to where they are today has been a great journey. The kitchen that has been created will be used for food production and teaching people how to get the most out of their local food choices.

“Our original vision is creating easier access to the best food we possibly can to as many people as we possibly can,” said Ebbs. “We’re hoping to bring in inter-generational learning with the elders teaching the younger (children).”

Other money being spent in the riding includes $72,490  to the Township of Lake of Bays for rebranding the town and a new website.  The Magnetawan First Nation is receiving up to $10,000 for a tourism development study.

The local funding announced was part of over 80 approved Rural Economic Development projects from across the province.