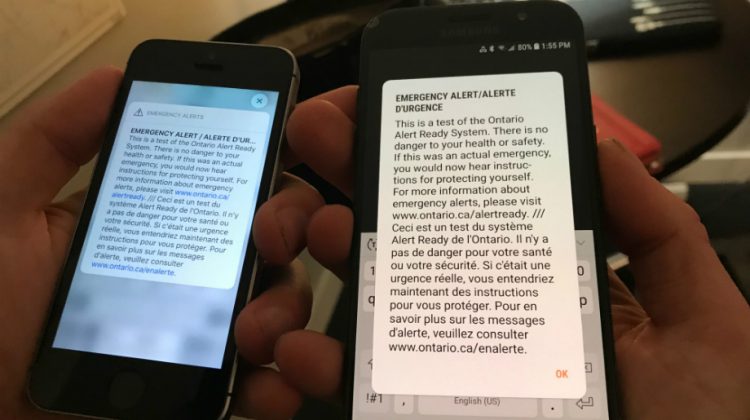 Two types of phones received the same message at the same time at Moose FM in Bracebridge. (Doug Crosse photo)

Canada’s emergency alert system has been tested for a second time. 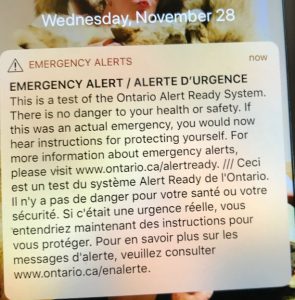 Close up of the alert message. (Doug Crosse photo)

The first test a few months ago had mixed results. Early analysis from national news outlets today suggests more phones were able to receive the alert, though not all came through at the same time.

All cable and satellite channels also received the alert as did radio stations across the country including the full chain of Vista radio stations.

“This is a test of the Ontario Alert Ready System. There is no danger to your health or safety. If this was an actual emergency, you would now hear instructions for protecting yourself,” read the message that was sent.

The test lasted for around 50 seconds, but at Moose FM in Bracebridge, four phones received the alert instantly while a fifth did not receive it until nearly two minutes later.

The idea of the alert is to reach as many people as possible in the event of an emergency. Cell phones have become an important part of that warning network.

Phones that are part of an LTE network should have received an alert.