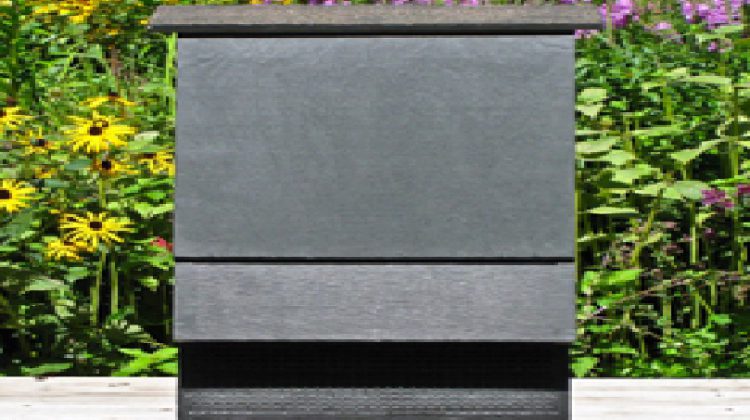 Photo of a bat box courtesy of the Georgian Bay Biosphere Reserve. 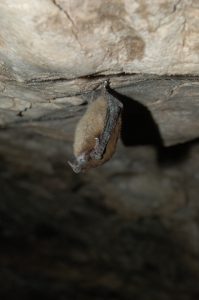 Bats in the area are still suffering from white-nose syndrome but there are ways locals can help.

In Ontario, there are eight species of bats, though four are endangered from the fungus originating in Albany, New York.  It is estimated that millions of bats have died since 2006, according to Georgian Bay Biosphere Reserve, Education, and Stewardship Coordinator, Delaina Arnold.

The fungus doesn’t directly kill infected bats. It causes them discomfort such as itchiness.  That leads to the bats using up their stored energy to scratch and move around in the winter and also leads them to have to search for food while they should be hibernating. Often bats will succumb to freezing temperatures.

To help with the problem the Biosphere has created “bat houses” that people can buy and put on their property.  The houses help prevent the spread of white-nose syndrome.

Arnold says that white-nose syndrome has existed in the area for several years but it’s difficult to measure and quantify how many bats are affected.

According to Arnold, white-nose syndrome is rampant and not much can be done to stop it. She says scientists are currently working on a cure where promising research is coming out of the east coast for treatment and prevention.

Bat boxes provide a safe home for bats and are used in summer months because bats prefer small spaces and warm temperatures.  Arnold added that research theories suggest that these small homes could slow down the rate in which white-nose syndrome spreads when bats are in smaller groups rather than clusters.

She says you should install the boxes in spring when bats wake up from hibernation. Bat houses are $80 and need to be painted black. All funds raised help to finance future bat species projects.