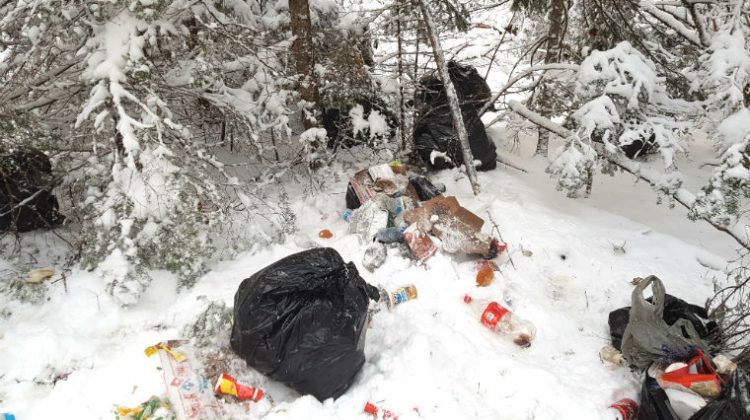 A local man says garbage is being dumped illegally on a trail in the Port Sydney area.

Matt Montgomery reached out to MyMuskokaNow.com to talk about what he says he has found on three different occasions this month.

He drives on Bonnie Lake Road every day going to and from his Port Sydney home. One day he noticed tire tracks going off the road in the snow down a trail that is normally used by four-wheelers and snowmobiles.

When he got home he jumped on his ATV and followed the tracks in. 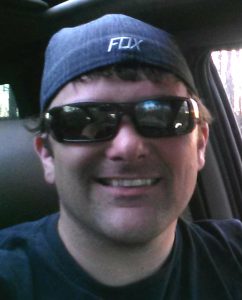 He says what he found astonished him. Five bags of garbage, dirty kitty litter dumped out, and various bits and pieces of loose garbage were scattered over a wide area.

“It looks like they made an attempt to go in further,” says Montgomery. He says the person used a four-wheel drive vehicle and had to actually clear some brush to get further in.

“They drove in a fair way,” he explains. “There was a tree down so they backed all the way up to where there was a flat spot where they could turn around and they dumped it out there.”

Montgomery believes the illegal dumper is accessing the trail from Bonnie Lake Road on the south side of where the road takes a sharp turn west,  south of Stephenson Road 1. The area is adjacent to land owned by Fowler Construction where a decommissioned aggregate pit is located.

Montgomery couldn’t believe people would go to so much trouble to illegally dump garbage.

He took pictures and paid a visit to the Town of Bracebridge by-law office on November 12th. An officer there took the details and saw the photographic evidence and said he would look into it.

“He said they were going to launch an investigation and they had 30 days to lay a charge,” confirms Montgomery. A few days later Montgomery spotted fresh tracks going off the road and once more went to the same spot, this time using a snowmobile following a recent snowfall.

Another few bags of garbage and an empty box from a new 52 inch TV had been left there. He took more pictures and paid a second visit to by-law enforcement. After presenting more evidence he says the officer told him they were looking into it but offered no other update.

After a few more days Montgomery noticed yet more fresh tracks and on this visit, he found an empty box for a new computer printer and a small TV table. Montgomery says he is upset on a couple of fronts. He loves using the local trails and hates they might be spoiled by the ongoing dumping. But he also feels like by-law enforcement doesn’t seem to be showing a lot of interest in the case despite the evidence he has presented.

Scott Stakiw, the Chief By-Law Enforcement Officer, confirmed today with MyMuskokaNow.com that Montgomery has filed a complaint, that it is being looked into, and that charges have yet to be laid.  However, they typically won’t give out information on any active investigation.

Stakiw says illegal dumping isn’t uncommon in Muskoka, and that his office responds to a few complaints about it every month. “It’s generally a problem everywhere,” he added.

When someone files an illegal dumping complaint Stakiw says there’s a process that is followed.

“An officer goes out to see if there’s evidence of illegal dumping.  If there is then the next step is to look for evidence that connects the garbage to a person and to try to contact that person to see if there’s a valid reason the garbage has been dumped,” adding there can be a lot of different reasons garbage ends up dumped illegally.

Montgomery, meanwhile, says he opened some of the bags he found and saw empty prescription bottles with a person’s name, address and phone number written on them. He paid his third visit to by-law on November 23rd, presenting his latest find.

“I’m curious to know if they are going to lay a charge against (the person I identified).”

Stakiw says that may not be enough to press charges. “A name alone is not conclusive.  It’s what we call circumstantial evidence.”

While Stakiw did seem to take illegal dumping seriously he admitted his office can’t make everyone happy as proving an offense can be difficult. “We usually need an admission or an eyewitness. If the person has a plausible reason for their garbage being illegally dumped we take that into consideration.”

Stakiw said those might include a person’s garbage disposal being handled by a third-party or an animal such as a bear dragging their garbage into the woods which can happen. He mentioned that one of the things that can be forgotten in illegal dumping cases is who pays for the cleanup.

“Often it ends up being the property owner.”

With files from Patrick Grapes