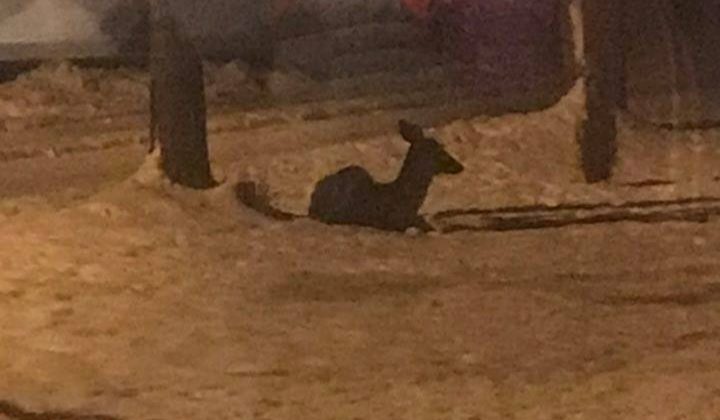 A man in Port Carling discovered an injured deer on his lawn.

Around 11:00 pm Monday, Mike Coyle posted on Facebook that he found the hurt doe sitting on his snow-covered lawn on Bailey Street.

Coyle says in his post that when he went outside to feed the animal, he discovered it had been shot. He also said that he thought he heard fireworks and connected the sound to the injured doe. Coyle suspected illegal hunting.

“There was some talk in Port Carling about illegal deer hunting at night.  We were called in about shots fired in town but we did look into it and found no evidence of wrongdoing,” said Jolanta Kowalski, Senior Media relations officer for the MNRF.