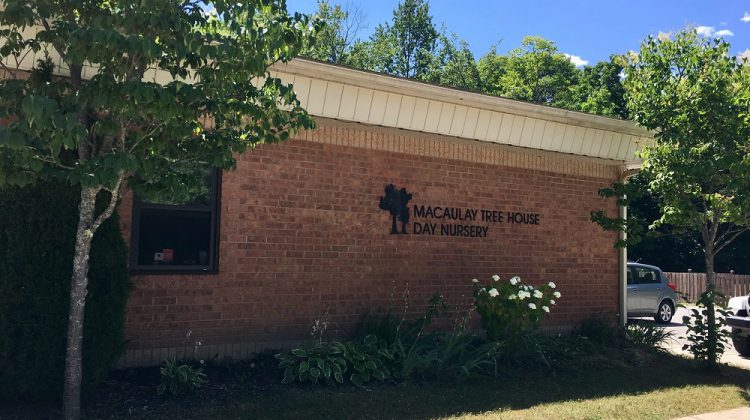 In fact, the Simcoe Muskoka District Health Unit says there are almost five times more children under three-years-old than there are spots for them.

Natalie Riewe is the SMDHU’s Program Manager of Child Health. She told MyMuskokaNow.Com that the shortage of child care spots can cause a variety of problems for Muskoka families.

Riewe said the SMDHU commissioned the report after the Canadian Centre for Policy Alternatives published a list of what it calls “child care deserts,” areas where it’s difficult to find the service. Since that report focused mostly on bigger cities, the SMDHU was curious to get a local picture.

What it found was that right now there are 20,904 children under three-years-old in the Simcoe Muskoka Region, but only 4,561 operating licensed child care spaces. That means the coverage comes in at roughly 22 per cent overall, but Riewe says it dips to just 20 per cent if you’re only looking at Muskoka.

In other words, there’s currently room for only 1 in 5 children under the age of three in licenced child care in Muskoka.

Although, said Riewe, there is no official standard, in its child care desert report the CCPA recommended that the bare minimum any area needs to get by is 33 per cent coverage. She said the lack of licensed child care facilities especially has an adverse effect on low income families.

Riewe told the SMDHU board at its last meeting that child care for a family with two parents earning minimum wage with two children would consume up to 45 per cent of the household spending on unsubsidized spaces, adding that anything over 20 per cent is considered “completely unaffordable.”

That forces families into difficult decisions, such as whether to work full or part-time, or work alternating shifts with spouses or to lean on friends and other family members for child care. That, Riewe said, can lead to less participation in the job market or prevent someone from improving their education.

Although there are child care subsidies available through the District of Muskoka, Riewe explains there’s a catch. “They have to be used for licensed child care only, a day program, a before or after school program, or an approved community recreation program.”

That creates a problem because the shortage of available spots makes it hard for a family to find one that’s open.  If they can’t, they won’t qualify for the subsidy.

Riewe said both the provincial and federal governments recognize the issue and are providing funding to address it.  That funding is being used in Muskoka to build new spaces, but Riewe pointed out that isn’t a total solution.

“It’s the first step, but it’ll take time for things to get better and the funding needs to be sustainable.”

Riewe said the SMDHU is taking an interest in child care because it believes that access to good child care helps promote healthy growth and development in kids and helps reduce child poverty.

The health unit says it will be writing to the Ministers of Education and Health and Long-Term Care to identify child care as a “population health issue” and encourage further development of a comprehensive provincial child care strategy.

The board also decided that the letter will be forwarded to the Minister of Children, Community and Social Services, the boards of health throughout Ontario, local MPPs and local municipalities.