Muskoka Brewery Investing in the Future with $5 Million Expansion 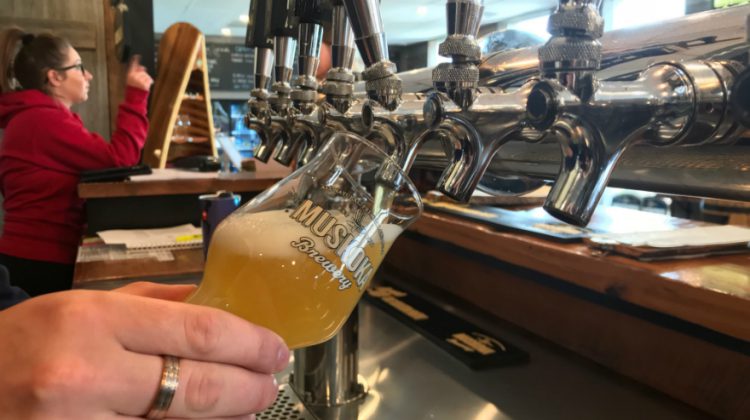 Muskopka Brewery expanded it's operations over the summer with a $5 million investment. (Doug Crosse Photo)

It’s an investment of $ 5 million that is changing the beer industry in Muskoka.

Muskoka Brewery first announced the major investment into its Bracebridge operations in May. Co-owner and operator of the brewery Todd Lewin (along with Bob MacDonald) is excited about what they have done over the course of the summer.

The brewery expanded some 30,000 square feet and includes new canning and kegging operations, an improved tap room, along with a large outdoor fireplace and deck area.

The timing for expansion was right says Lewin. 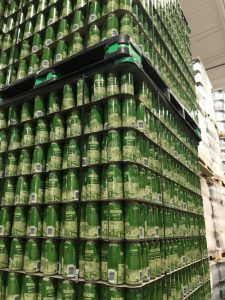 “We had a record summer,” he explains. “We needed to increase our canning output.”

Lewin says with the hot weather their sales spiked nearly 20 per cent during the summer.

He says recently the consumer beer drinking trend has moved away from bottles.

“It used to be more of a 50/50 split between cans and bottles but we’re really seeing in the last couple of years the migration away from bottles and into cans,” says Lewin.

One of the unique aspects of the product Muskoka Brewery puts out is it does not pasteurize the beer, so what is shipped out is very fresh but has a shorter shelf life.

“Our shelf life is four to six months depending on the brand,” explains Lewin. “With our shipping and direct delivery usually it is on the shelf within the same week it was produced.”

It is a quicker turnaround than the major breweries, but he believes it is what is making them one of the largest independent operations in the country. With expansion into the prairies and an established presence in the Maritimes, it is rapidly becoming a national brand.

“We put it on the cans and bottles, ‘Freshest By’,” he points out.  “As of that date, the expectation is the beer tastes in great shape and tastes awesome up until that point.

“After that, we pull it off the shelves. There is a cost to doing that but again it’s a cost of saying we believe fresh beer is better beer.”

When the brewery is operating Monday to Friday they are churning out product 24 hours a day, with the new packaging and shipping area helping turn that product around quickly and out the door.

The province was able to help with some of the money that has gone into the expansion.

“We were able to access some capital and some grant money to help fund a portion of the investment,” says Lewin.

(All photos by Doug Crosse)