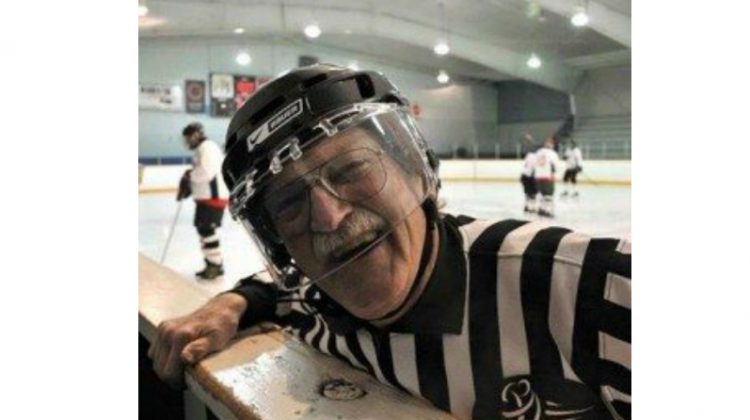 Winston Watson was a huge part of local sports until his passing in 2015. (File Photo)

A well known former local sports official is being remembered in a special display starting this weekend.

Winston Watson was regarded for his work in the area of hockey refereeing and as a baseball umpire during his life. Now a display at the Canada Summit Centre will showcase the many aspects of Watson’s time in Huntsville.

Huntsville Mayor Scott Aitchison, Councillor Jonathon Wiebe, and members of the Watson family will be on hand to unveil the display on the first floor of the Don Lough Arena.

Born in 1940 Watson had a long career as a school principal, later acting as a tutor and supply teacher. In sports, he was a director of refereeing for the Huntsville Minor Hockey Association as well as calling balls and strikes for local baseball leagues.

Watson passed away in 2015. Later that year he was honoured with the Canadian Tire Hero of Play Award, part of the 100th anniversary of Hockey Canada tour. “Winston was a gentleman, a scholar, a sportsman and a mentor to many,” said Aitchison, “We are proud to acknowledge his contributions.”

The dedication takes place this Friday, November 2nd in the lower warm viewing area of the Don Lough Arena. A tournament named after Watson, The Winston Watson Memorial Tournament, is set to begin straight after the dedication service.