Gravenhurst Zombie Walk Part of Let the Spirits Rise In 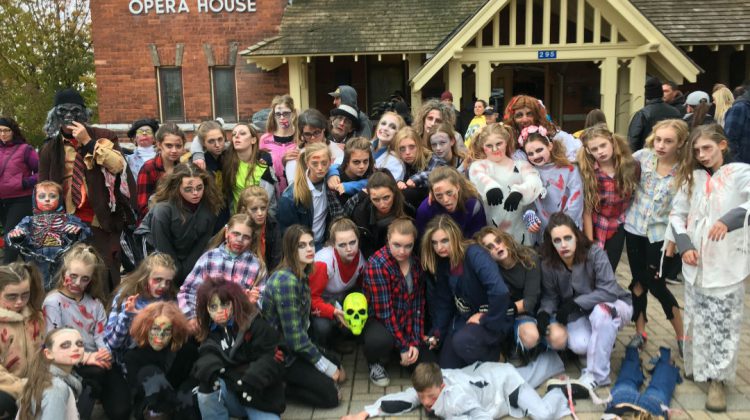 Downtown Gravenhurst resembled the set of the Walking Dead on Saturday, part of Let the Spirits Rise In. (Remy Smith Photo)

Downtown Gravenhurst was like a scene out of the Walking Dead on Saturday morning. 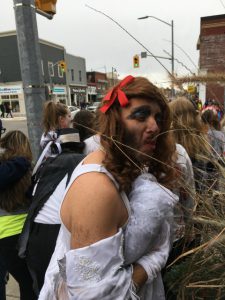 It was the Gravenhurst Business Improvement Area’s early celebration of Halloween called “Let the Spirits Rise In” where over 200 people took part in a Zombie Walk.

Organizer Lindsay Fetterly-Cole is pleased with how the event is growing.

“This started quite a while ago when I am sure (people) remember there were fires in downtown Gravenhurst,” she explains, referring to the blaze in 2011 that razed a number of 100-year-old buildings. “Things were not looking good and the BIA decided to Let the Spirits Rise.”

As part of the parade of un-dead, a flash-mob was added, with forty zombies putting on a coordinated dance to Michael Jackson’s Thriller.

“We had a huge addition to our Zombie Walk and then we got Just for Kicks Dancers involved,” Fetterly-Cole says enthusiastically.

(With files from Remy Smith)