Bells for Peace in Bracebridge 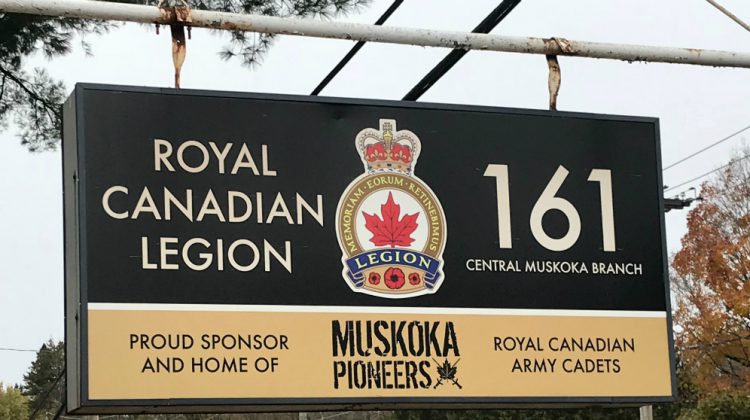 The Bracebridge Legion, Branch 161, will be one of many across the country participating in the Bells for Peace event. (Doug Crosse Photo)

Bells for Peace is a unique event being promoted by the Canadian Legion in Bracebridge and across the country.

On the 100th anniversary of the Armistice this November 11th, communities across the country will be marking the event by ringing church and fire bells 100 times.

Thom Forbes is the publicity manager for the Legion in Bracebridge.  He is pleased with the concept and says it is a great way to connect with the community.

“November 11th at sundown, which is actually at 4:52pm, the bell at the fire station and the Anglican Church are going to ring 100 times,” explains Forbes. “They are trying to get school children om grades four and five to take part in the ringing ceremony.”

Cities and towns across the country are joining in on the audible form of remembering the end of the First World War.

Forbes is excited about the prospect of so many people recognizing this important date.

“Apparently they are going to do it right across Canada,” he says. “Town criers across the world are doing something as well.”

If you would like to get your students involved or would like to participate yourself you can go to the Bracebridge Legion’s Facebook page for more information.