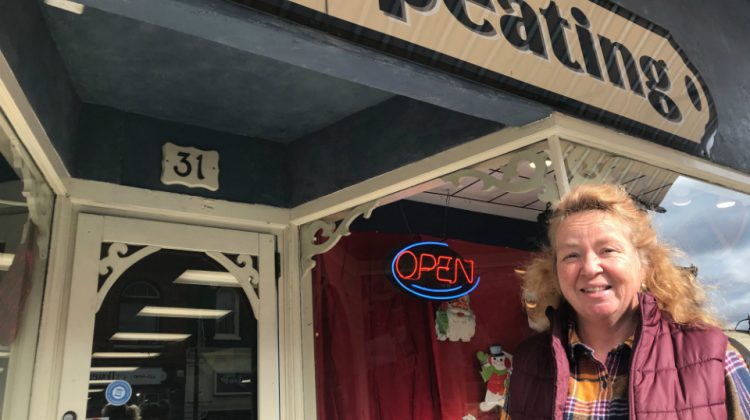 Karin Nickel, owner of antique shop Worth Repeating in Bracebridge is glad the increase to $15 is no longer happening. (Doug Crosse Photo)

Two people in Muskoka are sharing differing views on the minimum wage.

This comes after the provincial government introduced the Making Ontario Open for Business Act earlier this week, halting the planned increase in minimum wage from $14 an hour to $15.

Regan MacLean works at a clothing store on Manitoba Street in Bracebridge. She says going from $11.25 to $14 per hour this past January was a huge change in her life.

MacLean says she worked for $15 an hour at one summer job and admits it made a huge difference at the end of the pay period. While she is sad to see the dollar an hour increase go, she is not completely surprised. “I knew they would probably cut that off as soon as the Liberals were out.”

The other side of the $14 coin is the employers who had to absorb the increase and keep their businesses profitable.  Karin Nickel owns the antique shop Worth Repeating, also in Bracebridge. While she didn’t reveal her politics, she was glad the next increase to $15 was cancelled by the PC government.

“Because the jump to $14 was already quite a bit, and if it had been another 20 or 25 cents (maybe) but another dollar at the end of the day it is money out of the sole proprietor’s pocket,” says Nickel. She wanted to have two part-time employees but only has one after the increase this year. It means she has to work more hours as well.

“It doesn’t end with the increase,” she explains. “It is the EI part, it is the vacation pay. You have to put a limit on it.”