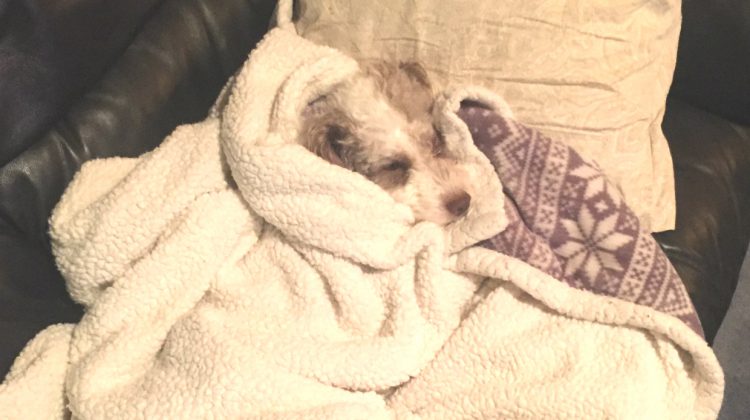 Dogs can get the flu just like humans. (James Bowler Photo)

Flu season does not just affect humans.  It hits our four-legged friends as well.

There have been reports of dog flu in Bracebridge in the past week. While not very common, there are treatments available to protect your pooch from having all the symptoms the flu brings.

Dr. Shallen Langley of the Bracebridge Animal hospital says her clinic has not seen any affected dogs, but other clinics in the area have mentioned it recently. She says there are shots available, but they only cover a certain strain of the flu.

“It is just a protective measure we can take and it may be effective against the strain they are exposed to or offer some protection against a strain that is not the same one as in the vaccine,” she explains.

It’s really about treating the symptoms and how the dog responds to that.

“Sometimes it can be treated by softening the dog’s food so there isn’t such irritation to their throat and not having them do heavy exercise,” she offers. “You definitely want to see your vet if they are coughing frequently, becoming lethargic, or have a decreased appetite.”

The flu virus can live on surfaces for up to 48 hours, clothes for 24 and on the skin for 12. There is a test for dogs who might be infected with the flu and some clinics are able to offer it free of charge as there is a study trying to gather data around the issue of dog flu.

Dr. Langley says that while there is no proof that dogs and humans can be infected in a cross-species strain, it is generally good practice to not get too close to a sick animal and vice versa.

To help keep your dog from getting sick, Dr. Langley says avoid areas where other dogs gather such as dog parks and keep your distance from other curious dogs who may want to say hello on your morning walk.