Lakeland Power Using Electric Vehicles to Save Money, Encourage Others 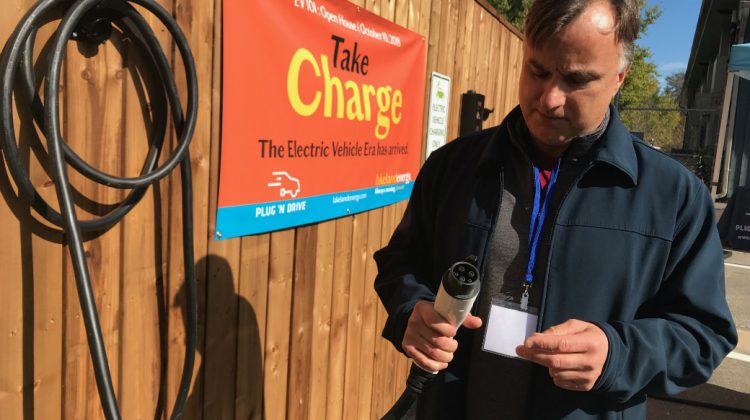 The electric vehicle wave is picking up in Muskoka.

Lakeland Power in Bracebridge unveiled its new charging stations and EV fleet on Friday. The utility is making the move to both save long-term costs on vehicles but also to influence people to switch over.

Vince Kulchycki, Chief Operating Officer of Lakeland Power, says the conversation about electric vehicles started a decade ago, but in the past five years, it has gone from planning to implementation.

“We’ve been talking about some in our fleet for a long time,” reveals Kulchycki. “There was a grant that we applied for in February and we got the grant and put these charging stations in now. 80 per cent of the cost is covered for these.”

It allows office staff and managers to drive vehicles that require little or no gasoline. They have charging stations at both Bracebridge locations and also at their Parry Sound office. 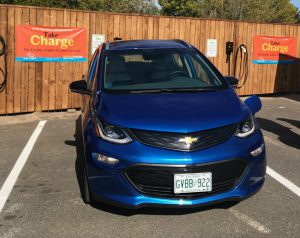 While the vehicles are efficient getting them powered up requires planning. Kulchycki says if you want to install a charging station in at your home there is a cost associated with it.

“Depending on what’s available in your house,” he explains. “If you have a fairly new home and you have empty breaker panels and it is pretty easy to get to it could be as cheap as maybe $1500.”

Lakeland Power, however, is looking into providing a rental program for charging stations.

An app that works with the utility and the charging station allows very specific delivery options to a vehicle, including time of day, what rate a customer wants to pay or whether the power being delivered is derived from a green source.

The longer-term issue, Kulchycki says, is keeping an eye on how many vehicles might be on charging stations within a power sub-station. It starts off with one, he says, and before you know it several neighbours adapt to an electric vehicle and that could cause service problems if they all charged at the same time.

“With our open house today we have probably had about a dozen people with EVs to celebrate with us,” he says with a smile. “Which shocked me because I didn’t know there was that many in the local area.”

He actually is encouraging people who buy an EV and install a charging station to let Lakeland Power know so they can monitor how many stations are in an area. Expanded systems would then be needed to ensure proper power levels to all residents in an area.

The power company is also looking at ways to offer the public some form of paid access to charge their own vehicles when their stations are not in use.