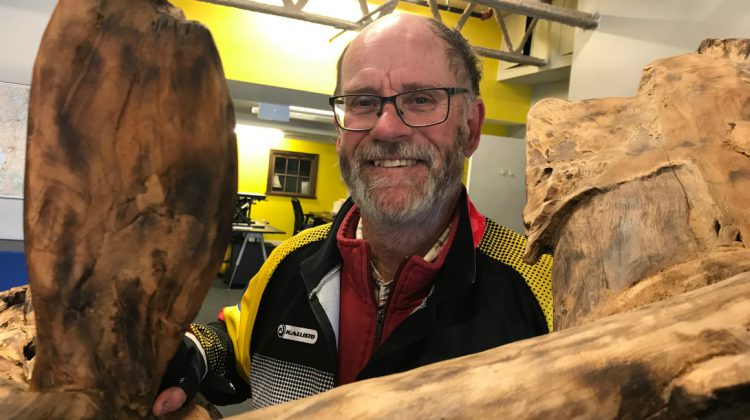 People with brain injuries in the Muskoka and Parry Sound area now have a support group.

Going into its fourth month, organizer of the Bracebridge Brain Injury Support Group, Barrie Faulkner, says he has been surprised so far by the turnout.

“The first meeting I expected about five people and over 30 turned out,” he said.

Faulkner, 71,  was injured 10 years ago when he was hit by a car that turned left in front of the bicycle he was riding. Though he got a large insurance settlement, there are wide-ranging effects of brain injury. One of the biggest is the sense of isolation you can have.

“You have an overwhelming sense of fatigue,” Faulkner starts off. “You can sleep until 10:00am and need a nap a couple of hours later. So basically you are unemployable.”

The former sculptor adds the isolation can lead to depression and as a result, the suicide numbers among those with brain injuries is very high.

What he is trying to achieve with his support group is to share with both victims of brain injury and their families that the experience they are having is not unique and that things can and do get a bit better.

“One thing you are taught is to mourn the loss of your old self and welcome your new self,” he says. “But that is hard when your new self doesn’t work very well.”

He says the victims of brain injuries come from a range of causes, including car accidents, simple falls down stairs, strokes, athletes with multiple concussions and even West Nile virus.

One reason there are more brain injury survivors these days Faulkner says is the ability to treat traumatic brain injuries has improved greatly in the past 30 years.

He points to his own situation.

“If I hadn’t have gotten the drugs to stop the swelling at Bracebridge Hospital I probably would have died that day,” he recalls.

There is no cost or registration needed to attend the meetings. Faulkner urges anyone that can attend the meeting should regardless of where they live.  You can reach Faulkner at 705-645-6241. The next meeting is Wednesday, October 24th at St Thomas Anglican Church at 7:00pm.