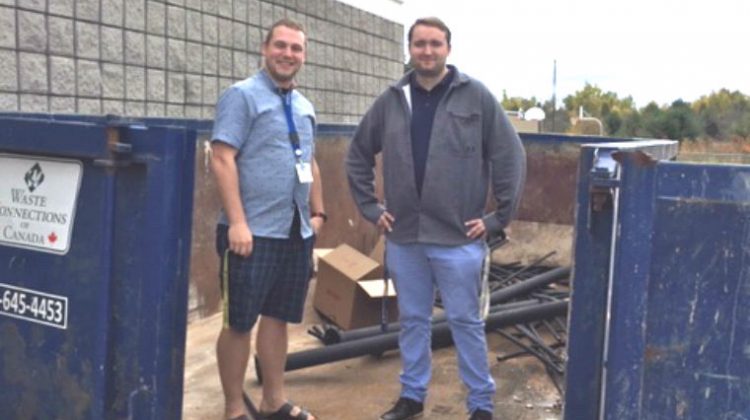 Junk in your garage might equal fundraising dollars for Monck Public School in Bracebridge.

Grade 7 and 8 teacher Aaron Stevenson is in his second year at the school and saw the need for fundraising for the year-end class trips. Waste Connections Canada has donated a box at the school for people to throw their scrap metal.

He is hoping the community will fill it up and give his students some working capital for trips to Quebec or Toronto at the end of the year.

“Our French immersion students are doing an exchange so part of the fundraising will go towards that,” he explains.

He says the students are very hands-on in the planning of these outings.

“We are (putting the kids in charge) in terms of working out costs,” he says. “It gives them a sense of where the money can come from and what we can do with it.”

In similar fundraisers, Stevenson has been involved with he has raised between $2,000 and $4,000.

The box is at the rear of the school, ready to accept many different types of metal.

“The goal is looking for scrap metal like an old barbeque or a swing set,” says Stevenson.

The box will be on site until the end of the month.